Wifedoge: Everything you need to know 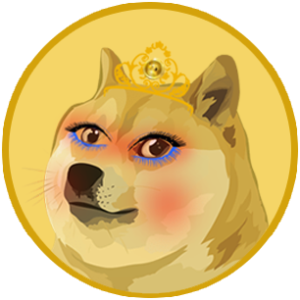 Cryptocurrency or as often referred to as crypto is nothing but a form of online currency. The Crypto industry is one that can be seen gaining popularity quite a lot lately. I believe as of today, majorly all of us are aware of what a virtual currency is. For some others who still don’t know what crypto is. Let me help you with that. A cryptocurrency is just a form of online money which like physical currency can be spent on buying goods and services, but over the internet of course by storing it in digital wallets which are extremely secure, thanks to cryptography. Online currencies use blockchain technology to function.

Now for some of you wondering what a blockchain is? Allow me a chance to explain. Blockchain is nothing but a technology that works over various computer networks and helps in verifying and recording transactions. Currently, we have over eleven thousand different cryptocurrencies in the market but as a matter of fact, we can not predict which one of them in the long term will be successful and have good returns. Since the crypto marketplace is fairly new, unless you invest and trade in currencies, you will not be able to determine whether or not you will earn profits.

In addition to this, as mentioned, there are a lot of currencies in the market today but was this the case when the industry was first introduced? Probably not. Back then people had limited options to invest their money in but since the industry has seen a boom in popularity on a global level, we have new cryptocurrencies which are coming up each day, increasing the competition in the marketplace and give customers a chance to choose. Talking about new currencies coming up every day, it is also crucial for you to know that the crypto marketplace is very uncertain, almost all the time, and is immensely volatile, thus, predicting fluctuations in rates is really difficult. Due to this, a lot of people managed to earn tremendous profits and some others had to bear losses as well.

On a similar note, some of the popular virtual currencies available today include Dogecoin, Baby Doge, Binance Coin, Bitcoin, and Cardano to name a few. All currencies can be traded and be exchanged in Cryptocurrency exchanges that have them listed. Reading so far, you might have gotten a fair idea in regards to what Cryptocurrency is and so, let’s talk about the newest addition to the lot “Wifedoge”. As Wifedoge is based on a much popular and older virtual currency, Dogecoin. I believe it is important for you to have a basic understanding of Dogecoin first. 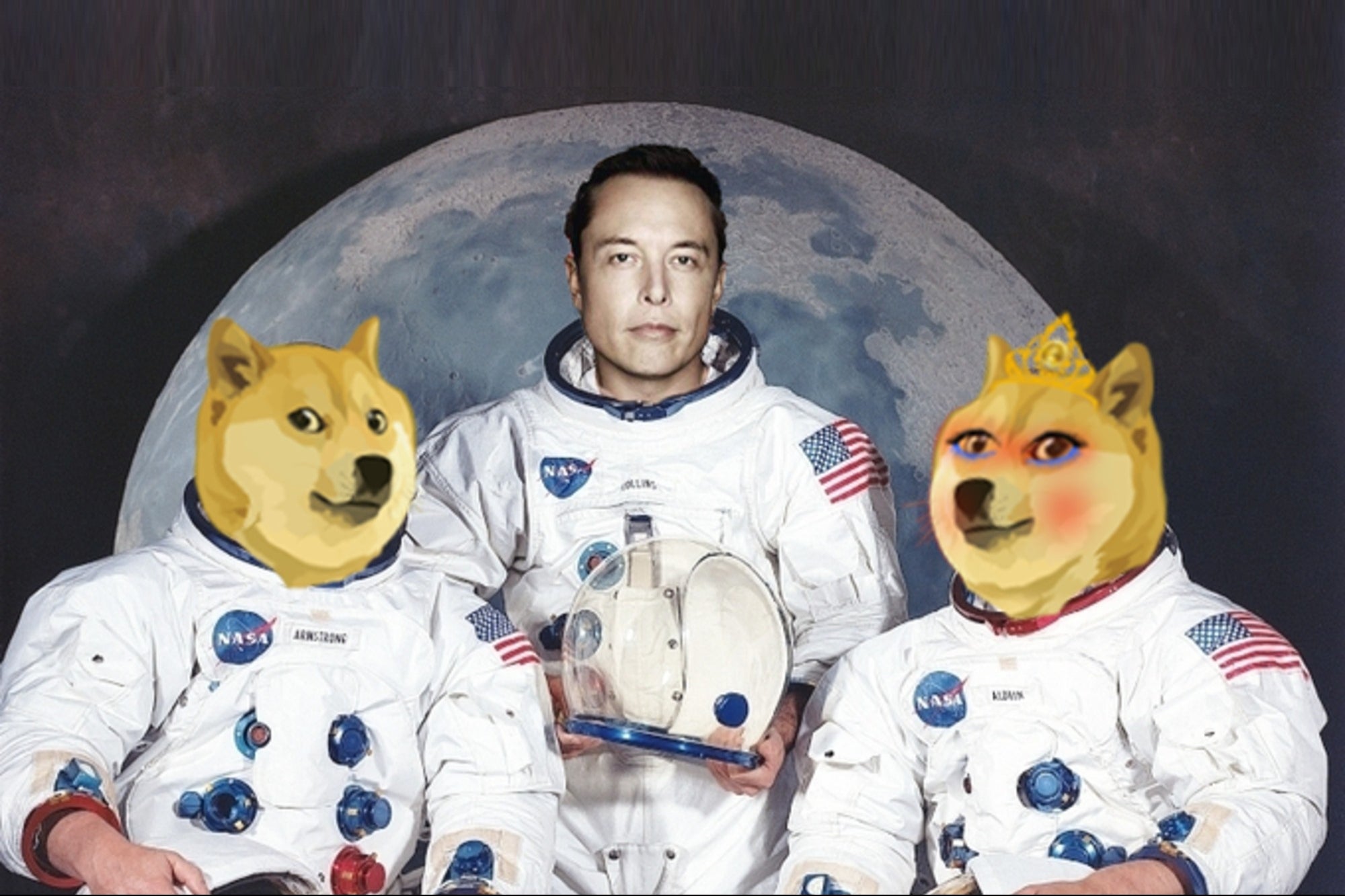 Dogecoin is another Cryptocurrency that was introduced by two software engineers Billy Markus along with Jackson Palmer, back in the 2013 model year. However, being extremely decentralized and secure, Dogecoin was initially created as just a joke with a dog’s face on the token. The logo of the currency just like Wifedoge represents Shiba Inu, a Japanese breed dog that gained a lot of publicity based on a Dog meme that went viral nearly eight years ago. Dogecoin rolled out on December 6, 2013, and three days later on December 9th, the value of the currency went uphill by about 300 percent, making it one of the most rapidly escalating virtual currencies in the marketplace.

If you are thinking about how it happened. The reason is simple actually. The meme coin back then caught the eye of huge business tycoons, one of which is Elon Musk. Musk publically gave a significant boost to the currency along with a few other celebrities through their Twitter handles. Not just that, apart from the support it received from people, Dogecoin managed to achieve great heights also because of the fact that it distinguished itself from all the other virtual currencies that were available back then.

Not just that, a few months ago, a new currency which claimed to be the son of Dogecoin was also introduced and it gained quite some success just like its father did! However, Baby Doge was a lot faster when compared to Dogecoin and it is being claimed that Baby Doge apart from its logo is nowhere similar to its father and is just a mere spin-off. Not to mention the fact that Baby Doge too got the same attention and support on social media especially from Elon Musk. Today with us we have the latest addition to the Doge family, Wifedoge.

Everything to know about Wifedoge 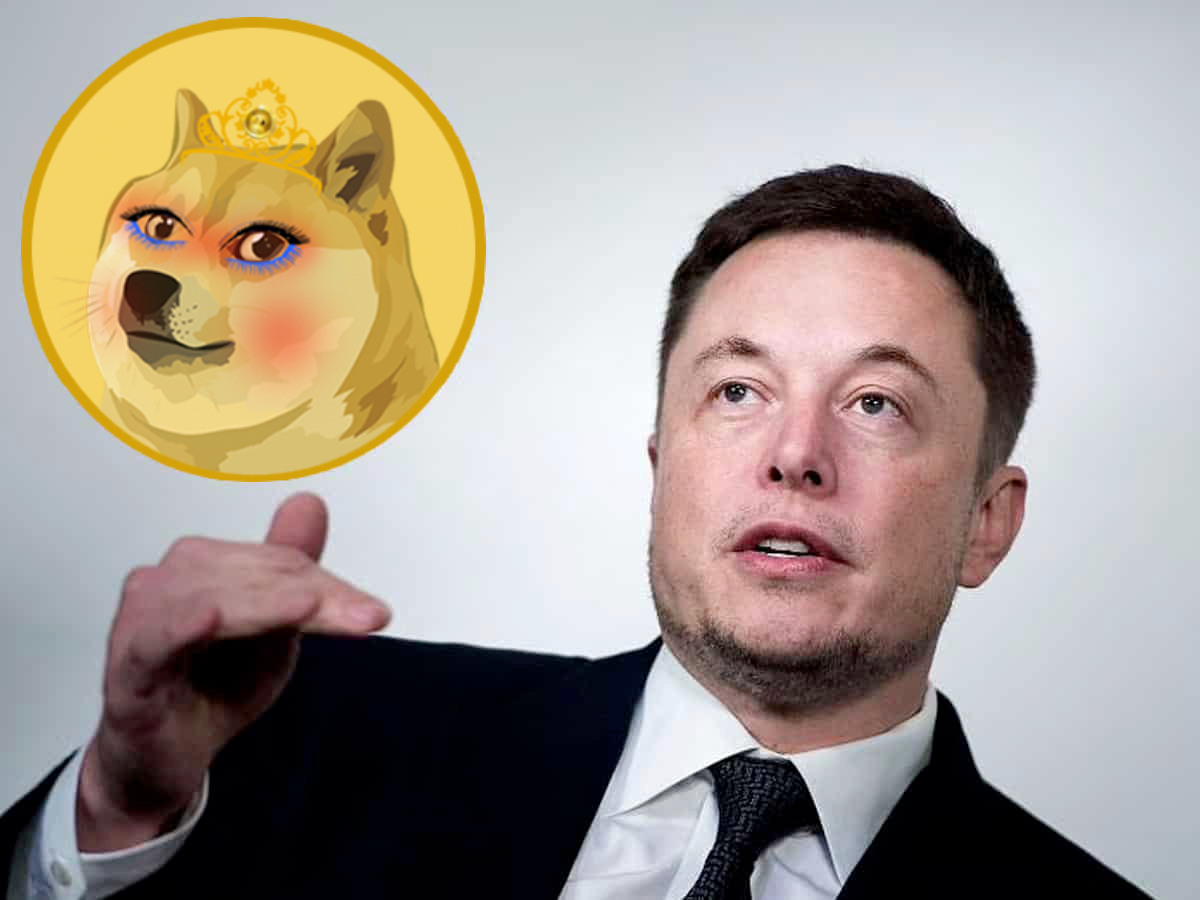 Wifedoge is nothing but a form of cryptocurrency just like any other, launched in July this year. Wifedoge or as presented in the marketplace as ‘wife’ of the popular Dogecoin, as a matter of fact, is more or less a replica of it. Wifedoge represents the ‘inception’ of virtual online currencies, as it came into existence as a spoof of famous Dogecoin. Along with creating curiosity in the crypto marketplace and the fact that blockchain experts, as well as critics, claims that Tesla CEO, Elon Musk is now liking the new virtual currency, the token astonished everyone around the globe last week when the Wifedoge token had a growth of even more than three thousand percent in market capitalization, that too in just a day, as per the reports from CoinMarketCap.

In addition to this, last Tuesday on August 31, the currency surpassed the 2.32 million dollars mark in market capitalization, which is nearly 3294.29 percent more than what Wifedoge had when it began on Monday morning, being 68,350 dollars. For reference, the Dogecoin crypto that we previously talked about had an increase in value of nearly 4600 percent in a year. However, as we know how volatile the cryptocurrency marketplace is, the so-called wife of Dogecoin failed to maintain its streak and as of Thursday, September 2 last week the market capitalization of the currency fell down to 301,406 dollars.

Moreover, the creators of Wifedoge ensured that the value of each Wifecoin will be just as much as one Dogecoin ( 1 Wifedoge= 1 Dogecoin). Elon musk being the major supporter of Dogecoin and Baby Doge back in the time when they were initially launched and made both currencies much more popular than ever. Wifedoge has announced on its Twitter handle that, five percent of the total Wifedoge units would be reserved for Elon Musk and said that it will give him those units when the right time comes, otherwise, those tokens will be blocked forever.

Not just that, the developers of Wifedoge are so confident that they will have the support of Musk that, they went ahead and thanked him on their Twitter handle saying, “Thank you Elon Musk. I am Wifedoge. Doge’s wife! Now is the fourth launch day on Pancakeswap! Thanks for tweeting to cheer on Wifedoge. Trust us, we will soon surprise global investors even more. Our team is working hard.”

Also, it is worth mentioning that, on Friday last week, Musk tweeted from his Twitter handle that “Time is the ultimate currency”, thus leaving a lot of people worldwide confused and wondering if the quote is in regards to Doge not being the ultimate currency that people expected. It is said that Wifedoge is a good wife who can help doge make some money. She automatically starts earning when you hold the currency and she punishes you when you abandon her. As a matter of fact, Wifedoge will reward you, if you stay true to her! 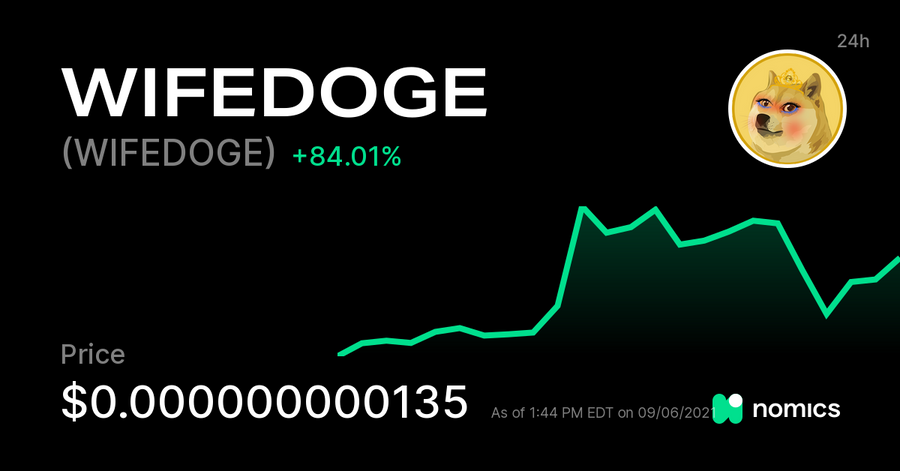 As of today, the price of Wifedoge is nearly 0.000000000135 dollars, with a twenty-four-hour trading volume of about 3,134,825 US dollars. In just the past twenty-four hours, the price of the currency has gone up by nearly 171.90 percent. Also, Wifedoge has been placed in the #2791 position as per the CoinMarketCap rankings. Unfortunately, the current circulating supply of the token is not yet available. As per reports, the total supply of Wifedoge is 747 quadrillions and also it features locked Liquidity along with Safe Auto-framing. Also, the majority of LP tokens are already locked, while some of them burn(destroy) nearly two percent at every transaction made. Along with that, in just a week’s time, the price of the token has gone uphill by nearly 3,964.02 percent.

In addition to this, experts in the field have claimed that there are fluctuations in the marketplace that are often caused due to deceitful manipulation, making many people victims of these price fluctuations. It is all just a case of ‘pump and dump’ fraud that has been going on lately, and due to limited restrictions in the industry, a lot of people have already fallen victim to this scheme.

Seeing the past records over the years, it is advised that you should not invest in Wifedoge which is a fairly new token with no past record to study analytics. However, experts do think that, if you have spare money and you are looking to invest, now might be the right time and opportunity for you as many cryptocurrencies including the industry-leading Bitcoin, started the same way. It is all just a gamble, which can either make you much richer overnight or you would have to face the losses on your investment.

On a similar note, it is crucial for you to have a clear understanding of the fact that not just Wifedoge but any other Cryptocurrency in the market is a risky investment and you should invest only if you are willing to take certain risks and when you are able to bear losses if at all it comes to that. Being a fairly new Cryptocurrency, not many crypto exchanges have them listed for people to purchase but if you are planning on buying Wifedoge, you can do it on PancakeSwap.

In conclusion, What are your thoughts on Wifedoge? Do let us know in the comments below. To know more about various cryptocurrencies, do check out other articles we have on our website. Thank you for your time & if you found our content informative, do share it with your investor friends!

Also read: Dogecoin: Everything you need to know