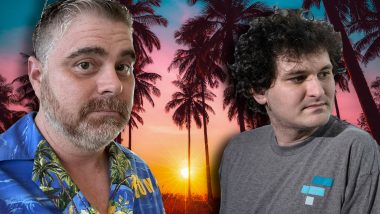 Ben Armstrong, who is considered one of the prominent figures in the Crypto industry For sharing his direct and unbiased view on all the issues related to the crypto industry. Recently he has flown to the island country Bahamas with the approach of having possible talks or discussions with the former CEO of FTX Sam Bankman.

Ben Armstrong, who is also known as BitBoy Crypto has been staying in the Bahamas to check out all the present situations and the moments of the former CEO of FTX. Armstrong has been posting all his recent activities in the Bahamas with the help of tweets and pictures of him capturing all the activities of Sam Bankman outside his home in the Bahamas

Who is Ben Armstrong?

Ben Armstrong is considered as one of the vocal identities in the crypt industry with approximately 1 million followers on Twitter along with 1.45 million subscribers on YouTube. He has been seen to be representing the views of retail investors against all the fabricated news by big media houses in the Crypto market.

In his recent public tweets, Armstrong mentioned that he is inquiring about Sam Bankman and he has been asking Sam Bankman where are you and he has been just there to have the talk with him and nothing else and you just want to listen to Sam Bankman’s side of the story and the discussion and Armstrong has been requesting to unblock him on the Twitter and to have a discussion with Sam Bankman showcase his perspectives about the issues with the FTX platform.

Armstrong the social media influencer has been seen as very critical of the collapse of the FTX platform which was once considered the third-largest cryptocurrency exchange platform in the world.

BitBoy crypto his recent tweet has Showcased pictures of a Corolla car in the car parking of the Bahamas, which was represented by Sam Bankman as his simple living style during his recent interviews with Forbes magazine.