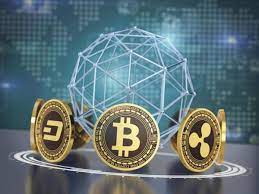 On Monday, most cryptocurrencies were trading with minor gains after a brief profit-taking period. At 9.30 IST, nine of the top ten cryptocurrencies were trading higher, headed by XRP, Dogecoin, and Polkadot, which all gained 6%. Bitcoin, the world’s most valuable digital asset, has surpassed the $51,000 milestone. As a result of the disruption in blockchain and decentralization, DeFi’s dominance in the whole crypto market is anticipated to grow.

The worldwide cryptocurrency market capitalization climbed by nearly 3% to $2.33 trillion. The global crypto market volume, meanwhile, fell 5% to $119.58 billion.” The market has experienced solid momentum in the last 24 hours, and overall market sentiment has been cheerful over the last 7 days, with BTC and ETH in the green zone, as well as others like XRP,” said Sharan Nair, Chief Business Officer, CoinSwitch Kuber.

According to Edul Patel, CEO, and co-founder of Mudrex, this week will be intriguing for both Cardano and Solana, which have seen tremendous rallies in recent weeks. “With tremendous demand from both institutional and ordinary investors, the global crypto market cap reached a remarkable $2.30 trillion,” he continued.

The Indian government’s delay in passing cryptocurrency legislation has sparked significant lobbying, with government agencies concerned about the risks of an unregulated market with extreme price volatility posing a risk to investors, many of whom are unfamiliar with the instrument.

Bitcoin may take a few months to rise towards the channel’s upper trendline, possibly next year. The 21-day EMA (exponential moving average), commonly known as the bull market support line, is another noteworthy indicator. Bitcoin is currently trading above the 21-day EMA, which is a good indicator. Bitcoin hasn’t witnessed the same gains as its smaller counterparts, but it finally broke through and is now trading near $50,000, after spending more than a week hovering just below the critical round-number mark.

In previous cycles, the 21-day exponential moving average (EMA) weekly was one of the most important indicators for predicting crypto market moves. If Bitcoin maintains its weekly timeframe chart above the 21-day EMA, Ether may outperform Bitcoin and reach new highs. Depending on how smart contracts perform in the next couple of weeks, Cardano, Solana, Avalanche, and EOS may exceed Bitcoin.

DeFi’s overall worth has surpassed $150 billion for the first time. The backbone of Defi, Oracles like ChainLink and Band protocol, may see a significant increase in daily requests, boosting demand for their tokens. DeFi’s dominance in the total crypto market is likely to rise as a result of this disruption in blockchain and decentralization.

Several cryptocurrencies have performed admirably.  The global crypto market cap is $2.36 trillion, up from $1.24 trillion on July 20.

Share this article with your family and friends if you find it informative!

Also read: Bitcoin should be at least at $55k suggests supply shock metric