cryptocurrencies to be considered as commodities in India

The Indian government may soon designate cryptocurrencies as commodities, according to local reports. 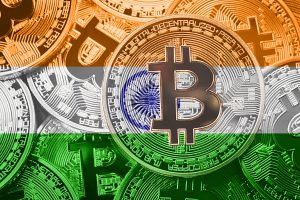 The asset class was recently designated as commodities in a new draft bill, however, the entire effect of the change is still unknown. If this is the case, cryptocurrencies could face the same regulations as commodities, including taxation and a review of how they are utilised.

The move to designate cryptocurrency as a commodity rather than a currency could help the Indian government overcome various issues with the industry.

India currently does not recognise bitcoin as legal cash and argues that only the central bank should be able to issue currency.

Authorities will focus on the end-use of digital assets, according to the draft, which means that the technology utilised by any blockchain or cryptocurrency will determine their classification. The draft will include a description and classification of cryptocurrency, which will at the very least inform investors about “what” a cryptocurrency is.

Also implemented will be new Know Your Customer (KYC) procedures and accounting regulations.

India’s policy on cryptocurrency has been clouded by ambiguity. Earlier this year, some Indian entrepreneurs and financial organisations urged for a complete ban on cryptocurrencies in the region.

The new proposed bill is also likely to define how bitcoin investments will be taxed.

The government’s proposed crypto bill, according to a person named in the ET article, attempts to define cryptocurrency and its handling in various use cases. Authorities will be able to register bitcoin trades in their books of accounts and tax accordingly as a result of this. The government, on the other hand, may not be interested in allowing payments and settlements in virtual currencies through this measure.

Only with more clarity on whether cryptocurrencies will be considered as commodities, services, or securities comparable to equities can virtual coins be taxed or regulated. This is why the government’s primary purpose in its proposed bill is to define cryptocurrency. Simply said, determining how bitcoin will be regulated and taxed in the future requires a precise definition.

However, according to sources referenced in the ET report, the government may impose a cryptocurrency transaction tax comparable to the securities transaction tax (STT). If they are classified as commodities, investors’ returns or gains may be taxed as business income at regular income tax rates.

Why is the cryptocurrency bill important

The news comes at a time when the country’s cryptocurrency market is quickly expanding. Domestic cryptocurrency exchanges have reported a significant increase in trading volumes, and they have asked the government to regulate rather than prohibit virtual coin trading.

India’s cryptocurrency exchanges have repeatedly stated that the country needs to recognise cryptocurrency tokens as digital assets rather than currencies and that regulations governing the crypto trade should be clarified as a result.

Cryptocurrencies are currently unregulated and have no legal standing in India. The proposed crypto bill will most likely determine the country’s virtual coin trading future.

According to sources close to the situation, only cryptocurrencies that fall under the government’s definition would be allowed to trade in India.