Cryptocurrency sanctions imposed by the Biden administration in the U.S. 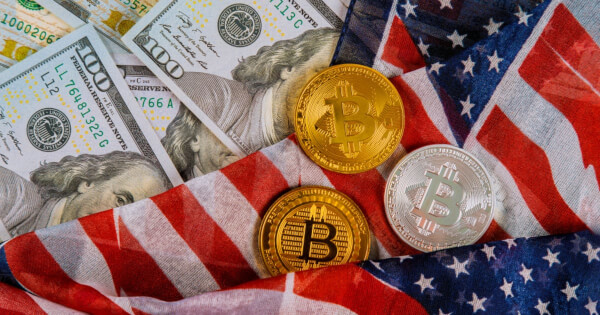 Cryptocurrency is the future of finance in the world and there is no denying the fact! It is the future, but in order to revolutionize and implement these big changes, there are challenges that have to be faced and eventually conquered. As much as privacy and security are the anchors facilitating cryptocurrency in the world, criminal activities and hacks have begun to creep, especially in the United States.

According to recent reports, the United States government is planning to implement new measures to make it more difficult for bad actors to profit from cryptocurrency attacks. It has been noticed that hackers are increasingly asking for their ransom in cryptocurrency which the U.S. government says, cannot happen. As mentioned in a report by Engadget, the Treasury Department of the United States is reportedly imposing sanctions that are specifically designed to discourage companies and organizations from using cryptocurrencies to pay for ransoms.

President Joe Biden has taken this concern very seriously, especially after the Colonial Pipeline attack that led to fuel shortages in the United States, and considering the increasing frequency of attacks in the United States, the government must take appropriate actions. The Journal notes that the government will be considering fines and penalties to be set in place for organizations and businesses if they attempt to coordinate with the hackers. This is one step that the government is taking to limit the use of cryptocurrency as a payment option for ransoms and other illegal deeds.

Other than this, Engadget also notes that the government is also expected to introduce new anti-money laundering regulations to further hit a pause on the use of digital currency as payment.

But, why do you think that these bad actors and hackers compel businesses to use cryptocurrency as a payment method for ransoms?

Well, the answer to this question is super-secure cryptography and blockchain technology. Hackers don’t want to be traced and what better than getting paid in a currency that is too secured to be tracked.

Anyhow, the Biden administration is on the task to minimize the damage that these hackers could potentially do to America and it would be foolish for anyone to assume that these traits could not lead to homeland security in national interests. What if the hackers are working for the Chinese? You never know and this is why President Joe Biden is so concerned with implementing these cryptocurrency sanctions amid ransomware attacks.

What do you think about this? Do let us know what you think because your opinions are the voice of TechStory.