Curve DAO Token: Everything you need to know 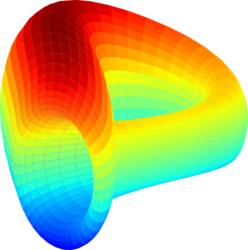 In today’s time, there are newer industries coming up every other day and as a matter of fact, one of the most popular industries available today in terms of payment systems include the cryptocurrency industry. Over the past few years, you must have witnessed a surge in clientele and popularity of the crypto marketplace, and one of the biggest reasons for this to happen is what exactly the industry offers to its users.

Keeping aside my assumption that all of you must already be aware of the industry, it is worth talking about the basics of it first. To start from the very beginning, crypto is nothing but a form of virtual currency which can easily be used and stored digitally. These currencies can be securely stored in virtual crypto wallets, all thanks to something known as cryptography. Speaking of being used online, it is vital for you to know that, cryptocurrency can very easily be used to indulge in buying and selling of goods and services online and can also be used to trade and exchange currencies over a lot of available crypto exchanges today in the marketplace.

Not just that, crypto is a platform that is extremely portable, extremely convenient, very easy to use as well as is often dangerously uncertain and volatile, meaning that the fluctuations in prices of currencies are almost instant and very unpredictable. Thus, if everything goes right, you could end up being a lot richer overnight or vice versa.

If you have been following crypto for quite some time now, you would definitely agree with me on the fact that, when the industry was initially introduced to the general public, it did not receive as good a response as it does now. Fewer currencies and a lot of disinterested people made up a majority back then. On the contrary, looking around today, it feels great to have a lot of virtual currencies available in the marketplace and a lot of potential investors coming in from all around the world, investing digitally.

Talking of currencies that are available today in the cryptocurrency marketplace on a global level, some popular ones include Bitcoin, Ethereum, Binance Coin, Dogecoin as well as Baby Doge. Since you know much more about cryptocurrencies now than you did earlier, I sincerely believe that you will now be able to have a much better understanding of what we have with us today, Curve DAO Token. To know more, I suggest you read further!

Everything to know about Curve DAO (CRV) Curve or as often referred to as CRV is nothing but a decentralized exchange for stablecoins, launched last year and is used in order to manage the liquidity with the help of automated market maker(AMM) protocol known as Curve.fi. In other words, Curve DAO Token is just another Ethereum ERC-20 token that makes use of an automated market maker protocol which is designed such that, it makes it very easy for users to swap between two similar ERC-20 tokens including stablecoins such as DAI and USDC along with Bitcoin tokens based on Ethereum like renBTC and WBTC.

Basically, Curve is a platform that is optimized in order to achieve a low slippage as well as low fee swaps amongst assets that are pegged to the very same value. Curve is just another AMM protocol that operates somewhat similar to Balancer in terms of relying on liquidity pools along with rewarding users who fund these pools. But, it is worth mentioning that, the only thing that differentiates it from all the others is that, it just deals in stablecoins as previously mentioned including TUSD, DAI, USDC, GUSD,bUSD, and more.

Speaking of AMM’s, they are capable of enabling a completely different model of trading wherein assets can very well be changed in an automated manner and can be exchanged permissionless. Instead of using order books, Curve is said to use liquidity pools for the purpose of conducting automated trading. Also, each pool said contains specific pair of tokens which are therefore supported within the liquidity pool itself. Pools comprise of similar assets in order to provide much better chances of returns along with reducing impermanent losses as well.

For this very characteristic of the platform, it can be said to be useful for different purposes to different cryptocurrency users including those who seek to swap stablecoins, to liquidity providers who are looking to earn interest fees while trading as well as traders who are often looking to invest in certain specific opportunities. In addition to this, in August this year, Curve is known to launch a decentralized autonomous organization or as commonly known DAO, with CRV as its very own in-house utility token. CRV can also be used by users to participate in the governance of the entire Curve Network as well. 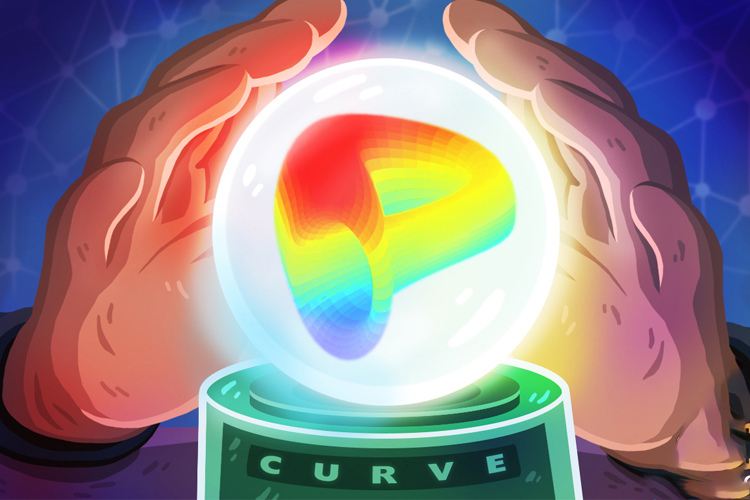 Speaking of DAO, it is vital for you to know that, DAO is known to use a creation tool that is based on the Ethereum network, Aragon which is helpful in connecting several smart contracts which are made use of for liquidity of user deposits. However, there is still some issue that needs to be taken care of in regards to governance as they differ from Aragon in various respects including weighting.

Not to mention that Curve offers its users an incentivizing boost mechanism in order to provide them with the option to lock in their token holdings for a period of up to four years or so, thus allowing them to earn a lot more on their liquidity as well as receive more in trading fee nevertheless. This is due to the fact that, the trading fee usually depends on trading volume and that the liquidity providers in the marketplace often earn more value on days with high volatility as well as high volumes.

Furthermore, Curve DAO Token that we previously talked about is the highlight of the unique user interface that is successful In taping into the high potential of decentralized finance (DeFi) marketplace. It acts like a decentralized exchange that is able to connect users on the platform to exchanges that have the best rate available. Apart from this, it is a fact that the financial platform is non-custodial, meaning that the users are often responsible for controlling their own tokens.

As previously discussed, in order to find the best exchanges for users, Curve uses something known as liquidity pools which are then backed by liquidity tokens as well. For those of you wondering what are liquidity pools? Let me help you with that. Liquidity pools are something that is often used to encourage liquidity providers in order to deposit their token holdings into the said pools, to keep the prices at satisfactory levels that the user is comfortable with in order to benefit from it as well in some way or the other. 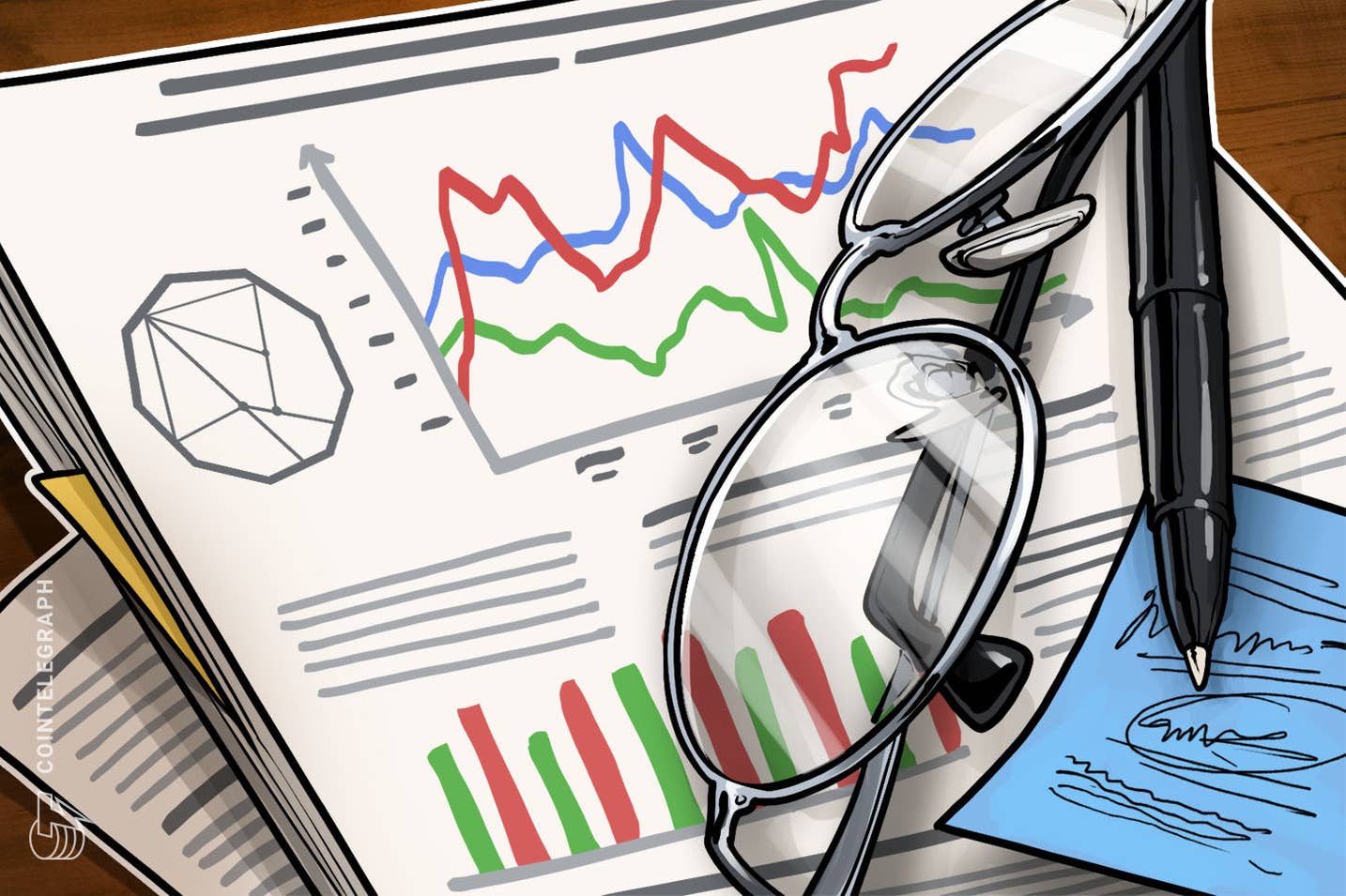 As you know by now, the Curve DAO Token is nothing but a relatively new project that is known to have reached great heights, all thanks to its utility. Especially, last year in the second half of 2020, Curve DAO has witnessed a surge in growth and popularity, while providing users with low fees and low slippage for the purpose of exchanging ERC-20 tokens as well as similar stablecoins.

Curve is different from all others, majorly due to the platform’s technical capacity and technology, thus making Curve.fi a much attractive exchange option in the sector of decentralized finance. As mentioned previously, working as an automated market maker, Curve is known to form a liquidity pool based primarily on smart contracts alone.

Thus, users are said to be connected with the best available routes for the purpose of exchange, while trading of stablecoins and tokens are often conducted amongst exchange protocols as well as traders. Overall, Curve has become somewhat similar to decentralized finance, all thanks to its capacity to exchange stablecoins as well as tokens at the best available rates along with technology. 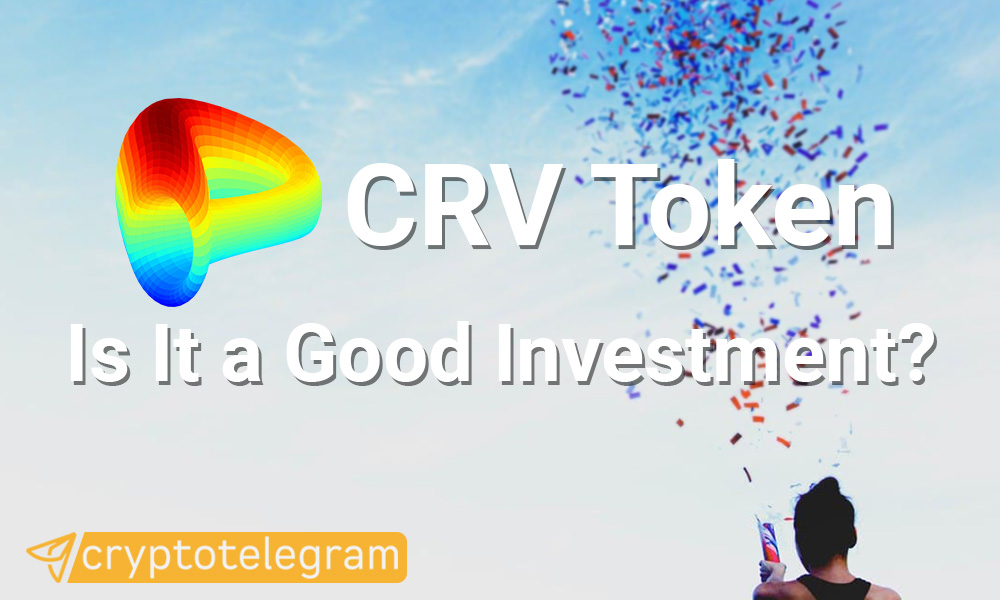 As of today, the rice of Curve is about 2.80 US dollars with a twenty-four-hour trading volume of 325,638,855 dollars. Not just that, in just the past twenty-four hours, the value of Curve DAO has gone up by 4.76 percent and with a market cap of 1,196,889,076 US dollars, the platform is currently placed at 88th position as per the CoinMarketCap rankings.

Also, it is worth mentioning that, the current circulating supply of CRV is nearly 426,748,438 CRV coins with a maximum lifetime supply of 3,303,030,299 CRV coins. In just the past week alone, the price of Curve DAO has gone uphill by 18.95 percent. Reading so far, you must have gotten a fair understanding of the platform and by now, you should be able to figure out on your own whether or not investing in Curve DAO is the right thing for you to do.

I sincerely believe that looking at what it has to offer when combined with its performance in the recent past along with its plans for the near future, Curve DAO Token seems like a worthy long-term investment that could provide you with good returns in the near future. If you are still not convinced, think of it this way that, if you purchase Curve worth a hundred dollars today, you will receive about 35.727 CRV tokens. Based on the analysis and research done, after five years from now, it is surely expected to provide a return of +190.14 percent. As a result, your hundred dollar investment today might rise up to 290.14 US dollars by the 2026 model year. 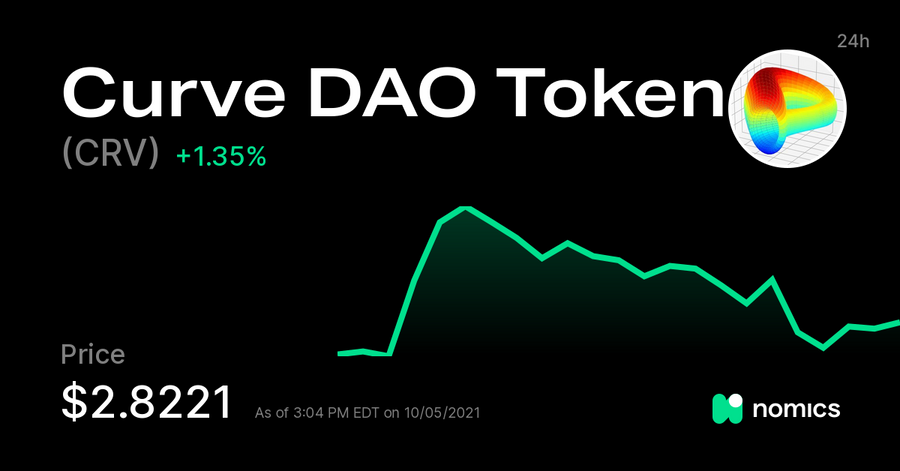 But again, as mentioned at the very beginning, crypto is a highly volatile marketplace and is extremely uncertain. Thus, It is extremely important for you to understand the fact that just like any other currency in the crypto marketplace, Curve DAO Token does have its own risks as well and you should invest only if you are willing to take those risks and bear any and all losses if at all necessary.

If you are wondering, where can you buy Curve DAO Token? Let me help you with that. Currently, Curve DAO is available on all major crypto exchanges but some of the popular exchanges that have CRV listed on them include Binance, Huobi Global, Mandala Exchange, FTX as well as OKEx to name a few.

In conclusion, What are your thoughts on the Curve DAO Token? Do let us know in the comments below. To know more about various cryptocurrencies, do check out other articles we have on our website. Thank you for your time & if you found our content informative, do share it with your investor friends!

Also read: Request: Everything you need to know