David Marcus: Ready to launch a crypto wallet by the end of the year

In a long interview with The Information, David Marcus, the social network’s senior crypto executive, claimed that Facebook workers “feel quite committed” to the introduction this year of a digital wallet that would allow its 2.9 billion members to hold cryptocurrency. According to him, that release might happen before the launch of Diem, a digital currency that the company is working on separately. 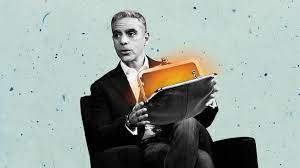 David Marcus has previously suggested that Facebook’s Novi wallet is moving closer to debut, but his comments were the most exact schedule he has disclosed. They indicate that Facebook will begin directly participating in the $2 trillion crypto market in the coming months, potentially exposing billions of people to digital currencies for the first time, and entering a market dominated by Coinbase and Gemini, which operate crypto wallets for their traders. 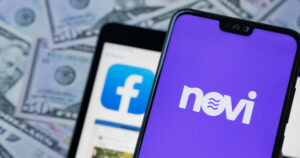 David Marcus stated that he would prefer to launch the Novi wallet with Diem, a type of digital money known as a stablecoin that is connected to the US dollar. However, the new stablecoin’s implementation is primarily in the hands of the Facebook-backed foundation in control. Marcus, who sits on the board of the Diem Association, said he didn’t have much insight into the stablecoin’s regulatory procedure.

Marcus also talked about dogecoin, ethereum, and bitcoin in the interview, as well as the necessity for legislation to safeguard individual investors who “essentially lose all of their money.”

David Marcus is the head of F2, or Facebook Financial, which is working on the company’s Novi digital wallet. He suggested that the wallet may be used to store NFTs. “You also have to think about how to help people support NFTs when you have a strong crypto wallet like Novi,” he added. “We’re absolutely considering it.” He didn’t elaborate on the types of NFT-related products Facebook might develop.

Marcus said Facebook’s digital wallet is “ready now,” but the firm has been holding off on releasing it until it can do so alongside Diem, the digital currency formerly known as Libra, which Marcus co-founded from within Facebook in 2019.

Diem intends to launch a so-called stablecoin backed by the US dollar, but it’s unclear when that will happen. When it was first announced, the initiative received a lot of backlash from lawmakers and regulators, and while Facebook is still a partner, Diem is now handled separately.

Marcus stated that Facebook would consider launching the Novi wallet without Diem as a “last resort,” but he feels that both are required to transform the way people make payments. The social network company is hoping that consumers will use Facebook’s wallet to send Diem, which would cut down on fees and shorten the time it takes to send money internationally.

Also read: Check out how much The Pirate Bay’s bitcoin donations are worth