The Pirate Bay (TPB), a popular peer-to-peer file-sharing network, appears to be the ideal platform for embracing Bitcoin and cryptocurrencies. Companies, copyright owners, and regulators from all around the world have been targeting the sites for years.

Nonetheless, the platform is operational, with millions of dollars in Bitcoin, Litecoin, Ethereum, and Monero donations possible. These are the coins that are available for contribution, along with their respective addresses.

The Pirate Bay receives a “consistent supply of Bitcoin donations,” according to Torrentfreak. In a 2013 report, the Recording Industry Association of America (RIAA) reported that these costs have amounted to about $10 per day since 2013. According to the article, the platform was one of the first to accept Bitcoin donations during that time period. When the option was first introduced, a BTC was worth roughly $125. Regulators and the RIAA were concerned about this. 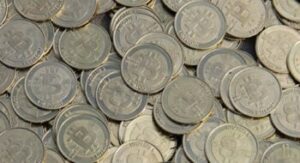 This option provided more flexibility to the platform, allowing it to grow more censorship-resistant. Users can share multimedia files, books, games, comics, and more on the website.

The Pirate Bay-produced roughly 5.5 BTC per day at its height, immediately after it integrated BTC donations, but the rapid gain in its price has led them to decrease off. A short scan of the Mempool reveals that the platform now contains $145.77 in Bitcoin (0.002 BTC) at the time of writing.

Torrentfreak predicts that The Pirate Bay might be “sitting on a large amount of cryptocurrency today” if these donations are added to the fact that the network has held on to its BTC funds since the beginning.

As a result, the investigation found that if The Pirate Bay kept their funds, they may have roughly $6,8 million in BTC donations. Since 2013, this has amounted to around $2,000 in daily donations. The folks behind the project, as well as the community dedicated to enhancing the platform, deserve a lot of praise. However, it also highlights Bitcoin’s ability to assist some initiatives under regulatory or government duress.

It’s probable that if the platform hadn’t accepted BTC as a form of payment, it would have been shut down long ago. OnlyFans, a content platform, was under a lot of pressure from banks and payment processors to restrict sexual workers, as Bitcoinist revealed a few days ago. The Pirate Bay, on the other hand, has been looking for a more efficient way to receive money. As a result, it released TPB, its own native token.

The token has yet to gain traction, but it has the potential to make it easier for users, moderators, partners, and others to earn and give rewards. Bitcoin is trading at $48,915 at the time of writing, up 1.2 percent on the daily chart. 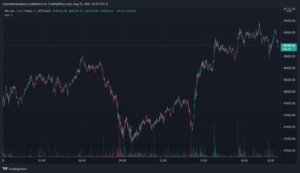