Crypto Market crashed on Thursday causing a havoc around the world!

Crypto market on Thursday, crashed to an extent, where the business dealing with crypto suffered an unrecoverable loss. To say the least, the crash had a demolishing effect on the investors as well the as the businesses. Facilitated by various variable factors, the crypto market fell where Luna, a crypto currency tied with Terra which in extension is tied to USD fell agonizingly. Terra Luna fell drastically in the global crypto market, which only led to an official apology and reasons from the founder of the company De Kwon.

De Kwon and his downfall!

De Kwon is facing the worst phase of his business life. Terra USD dropped by 99% over the weekend and had its effects on its sibling Terra Luna which dropped by 95%. From the drop, it is certain that there is enormous amount of pressure for the Luna token and its stable coin. Currently, the value of Luna is at around $0.00003877. From the market’s observation, it is certain that for Terra USD and Terra Luna to reach the peg value of $1 is merely a dream, that seems highly impossible as on date.

Terra and its history with stable coin. 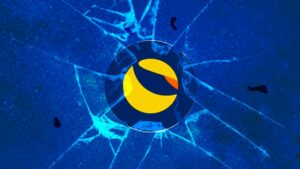 Formerly, Do Kwon in Terra has also founded another stable coin called Basis Cash, which failed miserably at the market. After his failure with Basis Coin, which became Ethereum in late 2020, Terra launched its flagship stable coin, Terra USD, and it seems as though Terra has failed this time also.

Terra Founder De Kwon made a series of tweets, promising to come up with a path of recovery for its stable coins and help the investors and the company get out of the soup. Lets take a look at few of his tweets below:

4/ We are currently working on documenting the use of the LFG BTC reserves during the depegging event. Please be patient with us as our teams are juggling multiple tasks at the same time.

5/ There are multiple proposals on Agora on the best steps to move forward for the community – after having read many of them, I’ve put down my thoughts of what I think the best steps are: https://t.co/pJNXATzllz

6/ What we should look to preserve now is the community and developers that make Terra’s blockspace valuable – I’m sure our community will form consensus around the best path forward for itself, and find a way to rise again.

From the tweets, it is quite evident that Terra is focussing on gaining the trust of the community back.  They are considering using bitcoin reserves to solve the problem. But, since the whole of the crypto market is down, ideally this strategy would go in the vein, since BTC itself is at its low. Whether Terra will lose its community or will it be able to gain the trust back? Only Terra’s actions and plans for keeping them can answer.

A major shout out has to be given to the founder of Terra for tying so hard even after failing a number of times. In spite of all the hard work, efforts they are putting in, no major difference is been made in the crypto market. Since, there is no difference being made, the work is not getting the recognition it needs. May be once the market stabilizes and starts getting back, then the stable coins of Terra also will see an increase in the value.