DEADLINE EXTENSION DONE BY RELIANCE WITH RESPECT TO FUTURE DEAL

The most buzzed deal of the market now gets an extension in terms of deadline. Yes; you guessed it right the future-reliance deal gets an extension by the time frame of 6 months. To get a crystal clear let’s go ahead and explore the article.

The deal is one of the biggest deals made by the industry giant Reliance Industries Limited in the month of August last year. RIL announced the acquisition of Kishore Biyani headed Future group for a sum of Rs. 24, 713 crore. It included retail, logistics, warehousing & wholesale business in total. The deal was basically done to make the competition more tense & stiff for the leading players like Amazon.

As a result; RIL would be able to access all the 1800 stores that comprise of Big bazaar, FBB and everything in 420 cities of the country.

The twist in the story aroused when Amazon, the prominent shareholders of the Future Coupons holding 49% stake in the company stood up for blocking the deal on the issue that violated its agreement. Future Coupons are the promoter firm of Future Retail.

Hence; the e-commerce gaint went to court and mentioned it as a violation of clause & pact. Future group made its stand clear by stating that only assets are being sold ; not the stake. Amazon; thereafter approached the SEBI and NSE to not approve it on the basis of stay made by the Singapore International Arbitration Centre (SIAC).

Future Group took its plea to Delhi High Court to stop the unnecessary delay in the deal clearly stating that Amazon is misusing the orders.

Recently In March the things were sorted as Delhi High Court lifted the orders and made it very clear that Amazon is in no position to oppose as it is not a party to the deal. There is no relation between Amazon Future deal and Future Reliance deal. 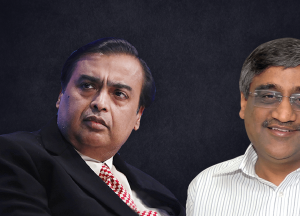 After getting the legal issues sorted the RIL has decided to complete the deal within the next 6 months.

“Pursuant to the provisions of scheme and other transaction documents executed in relation thereto, RRVL has in exercise of the right provided thereunder, extended the timeline for ‘’Long Stop Date’’ from March 31, 2021 to September 30, 2021 which has been duly acknowledged by Reliance Retail and Fashion Lifestyle Limited, wholly-owned subsidiary of RRVL,” Future Retail mentioned in their regulatory filing.

Now the time span is taken to deal with operational complexities and Future group on other hand has diverted its attention back to markets. The group was facing huge losses and was on the verge of collapse when the deal struck. Stock prices were quite dropped, shops were shut, suppliers were unpaid; due tow hich they took this multiple sale step.

Kishore Biyani said that“This deal with Reliance meets our objective of providing stability and security for our people, vendors, landlords and lenders.”

Long story short; Competition Commission Of India; the supreme authority of analysing competition gave a green signal to this deal. Amazon just tried to create a loop hole in which they failed.