A report published in Motherboard sheds lights on how the truckloads of data that debit cards apps like Greenlight and Switch, which allow parents to restrict the amount of spending that their children engage in, and keep an eye of them, collect, are unethical and problematic on multiple levels. For starters, the report, which is available on Vice, claims that such debit card apps from kids, collect large amounts of data from the clients, which are largely constituted by children.

On top of that, Greenlight in particular, has been found to own the rights to share the sensitive information, such as names, dates of birth, locations, email addresses, and the like, for marketing purposes. On top of that, what makes the issue far more concerning is that the firm also holds the rights to share this information with “insurance companies” and “collection agencies”,  among others, and parents have no authority to control this data flow, since it is mentioned rather explicitly in the privacy policy. 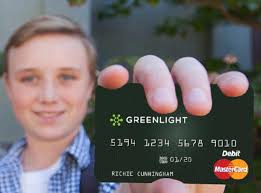 Josh Golin from not-for-profit Fairplay, has expressed his worry over the policy, saying that the information can prove to be “extremely valuable”, as it can help companies understand the spending habits of youngsters. However, Greenlight says that it in no way “monetizes or sells customer data.”

Step Is Not Lagging

Other debit card apps for kids collect large amounts of user data as well. One such example may be Step, which is one of the biggest rivals for Greenlight in the fintech market, and is backed by a number of celebrities.

However, it apparently takes the “security, data, and privacy” of its customers “very seriously”, and so, had refused to be part of the report by answering queries. But that does not mean that it is any better when it comes to collection of user data. It has been found that Step too, collects user data from its young clients, and directs the information obtained towards tailoring “content, advertisements, and offers.” Moreover, it reserves the rights to use this information for “any other purpose”, catching parents in the clause of having given “express permission” to the firm.