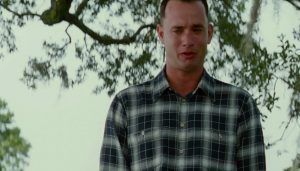 Movies are an important source of entertainment and information. It gives us exposure to a multitude of cultures and lifestyles, improving our understanding of the big wide world outside. With time, our movie preferences have crossed the language boundary and our curiosity has brought us in touch with foreign language films, with great artistic brilliance and performance. In order to help with the language barrier, techniques like dubbing or the addition of subtitles are used. However often these techniques entail a level of discomfort and make it harder to completely focus on the film. After all, not everyone out there can multitask. Though dubbing takes away the burden of reading the subtitles and watching the movies, there is a level of oddness because of the facial movements that are completely out of sync. Because the lip movements of the original performance do not always match that of the dubbed language. This adds an element of artificiality to the performance, thereby stealing away its natural brilliance.

Apparently, a company called Flawless has come up with a solution for this. It is powered by artificial intelligence and is capable of adjusting the facial movements of the actors in the film according to the language spoken, thereby reducing the level of artificiality and making the movie more enjoyable.

The software that comes to the rescue of movie lovers goes by the name TrueSync. It uses the same technology used by deepfakes that facilitates the manipulation of videos and stills. Although it entails a promise for the potential that can completely transform and redefine the film industry, adding accessibility and affordability to the equation, the opinions regarding the necessity of such software are conflicting.

One major concern is the long-standing impact of these technologies if it falls into the wrong hands. Manipulating videos or altering facial movements to make a particular character say something they haven’t actually said can be used as a powerful tool to spread hate, and it can even incite violence, particularly in a world that is as politically charged as ours.  Despite these challenges and predicaments, the fact stands that the promise of such a technology is immense.

How flawless is Flawless?

In addition to the privacy concerns, another topic of debate and argument is the necessity of such software and if it can actually enhance the performance and give the audience a complete and holistic movie experience. While one group is convinced about the benefits of the software that takes away the difficulty of keeping an eye on the subtitles, which often takes away the focus, another side is of the opinion that the alteration in facial movements can bring down the level of the brilliance found in the actual performance. The company has an answer to these queries.

“At the heart of the system is a performance preservation engine which captures all the nuance and emotions of the original material.”

They have uploaded some videos on their website to prove this point and to show the capability of the software.