Delhi to Sanction 100 Electric Buses Next Week The government has received a batch of over 100 electric buses, they said.

Electric vehicles have been making headlines in the country over the past few months for various reasons. It has mainly been electric scooters hogging the headlines, with some light being shone on electric cars. But this time, electric buses have gotten their turn of publicity.

According to officials working on this product, close to 100 of these buses have already been integrated and modelled according to the government’s demands and are ready to be sanctioned for public use. The rest are still under the process but will also be done soon. Currently there are two bus terminuses for these electric buses equipped with charging stations and other necessities. One is situated in Mundela Kalan, in the Western tip of the capital while the other is in Rohini Sector 37, which is situated in the North Western border of the capital. 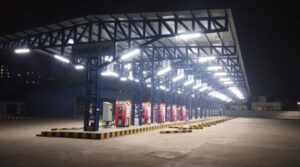 Mundela Kalan is home to the first completely finished bus terminus for just electric buses as it spans an area of well over 4 acres. The terminus has 32 DC chargers with all the facilities and infrastructure that any top-class electric vehicle hub terminus would have. The other terminus also recently finished their construction and installation of all the necessary infrastructure and technology. The second one has a larger capacity and is expected to have more traffic, at least until more bus terminuses or charging stations are installed in other areas in the union territory.

The first set of electric buses has already been inspected and approved by the chief minister of the union territory, Mr. Arvind Kejriwal at the start of this year.

He also said that this is just the beginning and that the ministry will be adding 300 more electric buses to their fleet soon. He said that it is the start of a new era, as the union territory turns a new leaf in their bid to be more conscious of the environment. This has to start at the capital and he also said that over the span of the next few years, around 3000 more electric buses will be added to the fleet to serve the people.