70% of Shoppers Use Mobile For Online Shopping In India-DesiDime.com Survey 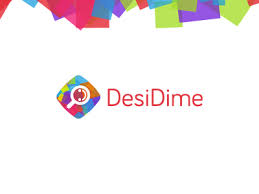 DesiDime.com-India’s largest shopping community recently conducted an ecommerce survey with about 2000 respondents taking part from various metros and mini metros. The survey was conducted to understand the behavior of an online shopper along with factors which influence his/her purchasing decision.17% of people search daily for deals and coupons thus highlighting the growing influence of deals and coupons industry.

According to the survey, Mobiles, Laptops & Electronics form the most popular categories in both Metros & Non Metros. 70% of men surveyed prefer to shop for Smartphones, Computers & Other electronic gadgets online.  While Mobiles & Electronics are also popular among women, Fashion & apparel remains the top category for female shoppers. Only 8% of shoppers surveyed prefer niche categories like Gaming, Sports & Fitness category.

In terms of Payment Options, Credit card is the most preferred option in Metros. In non-metros most payments are made either through debit card or net banking.

Mr Mehul Jobanputra CEO and Cofounder of DesiDime.com said “The survey has given us valuable insights on a shopper’s behavior. It has helped us understand and evaluate various parameters which influence a shopper’s buying decision and this data would be taken into consideration for our overall marketing strategy.”