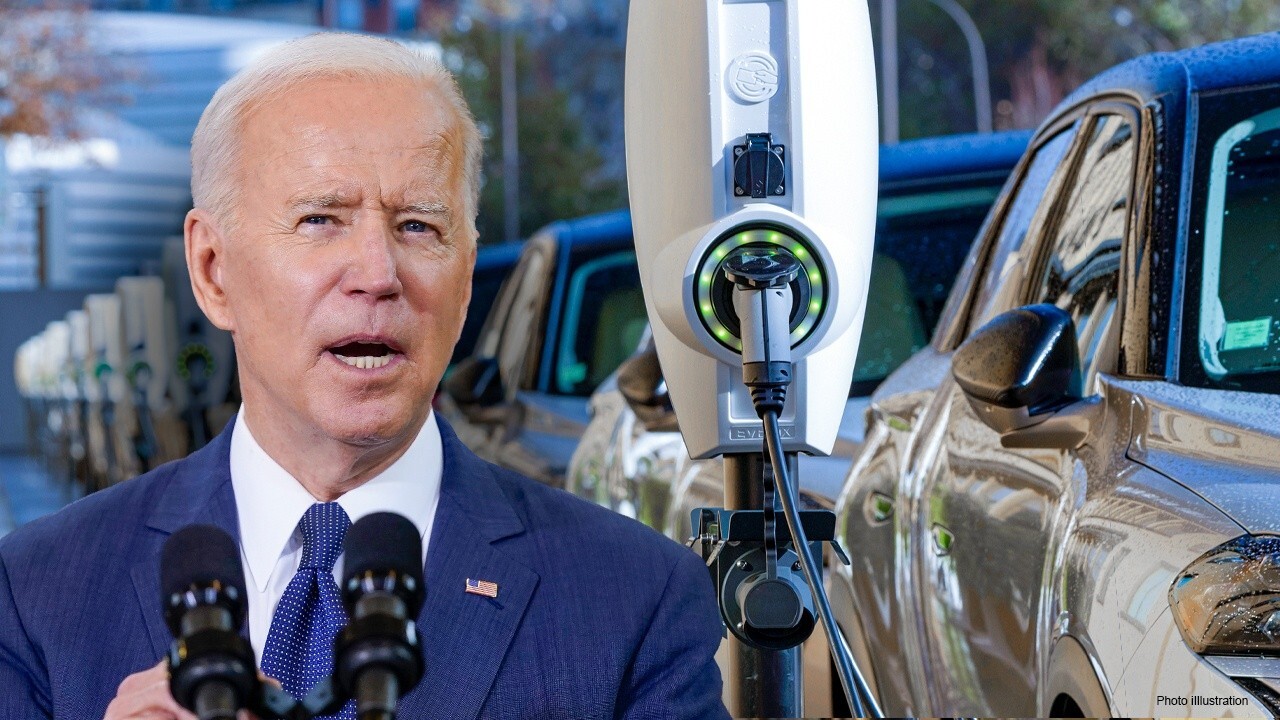 North American automakers are focusing on electric pickups and sports utilities. Biden’s administration goals include boosting the EV market by having 50% of sales electric by 2030. As big trucks and SUVs are already popular, once the fleet is shifted, it is beneficial to companies. However, the shift is a challenging one as efforts should be from lawmakers, regulators, and the industry. The demand among American consumers for flagship electric pickups, full-sized electric trucks, and SUVs is high. Which will evidently increase as infrastructure is developed multiple locations.

General Motors, Stellantis, and Ford Motors are the three companies that will receive funding of $100 billion for manufacturing plants. It also includes new battery plants, as part of boosting locally made products. Additionally, thousands of workers will be employed. As the shift happens, employment opportunities will also be shifting from combustion engine vehicle manufacturer to electric vehicle manufacturer.

As per the known details, the industry plans to build 2.6 million battery electric vehicles by 2028. Additionally around 585,000 plugin vehicles by the same year. While many supporters are not particularly excited about plug-ins, it is known that the transition part would be through plug-in vehicles as infrastructure is yet to be developed.

As published by Reuters, the sales of trucks and SUVs would be more than BEVs and PHEVs. Another notable point is that the top-selling brands have EVs that cost more than $40,000 and it ultimately boils down to buying an SUV or electric pickup. While various affordable EVs are getting into the market, it is most likely that trucks and sedans already made it big in the industry. 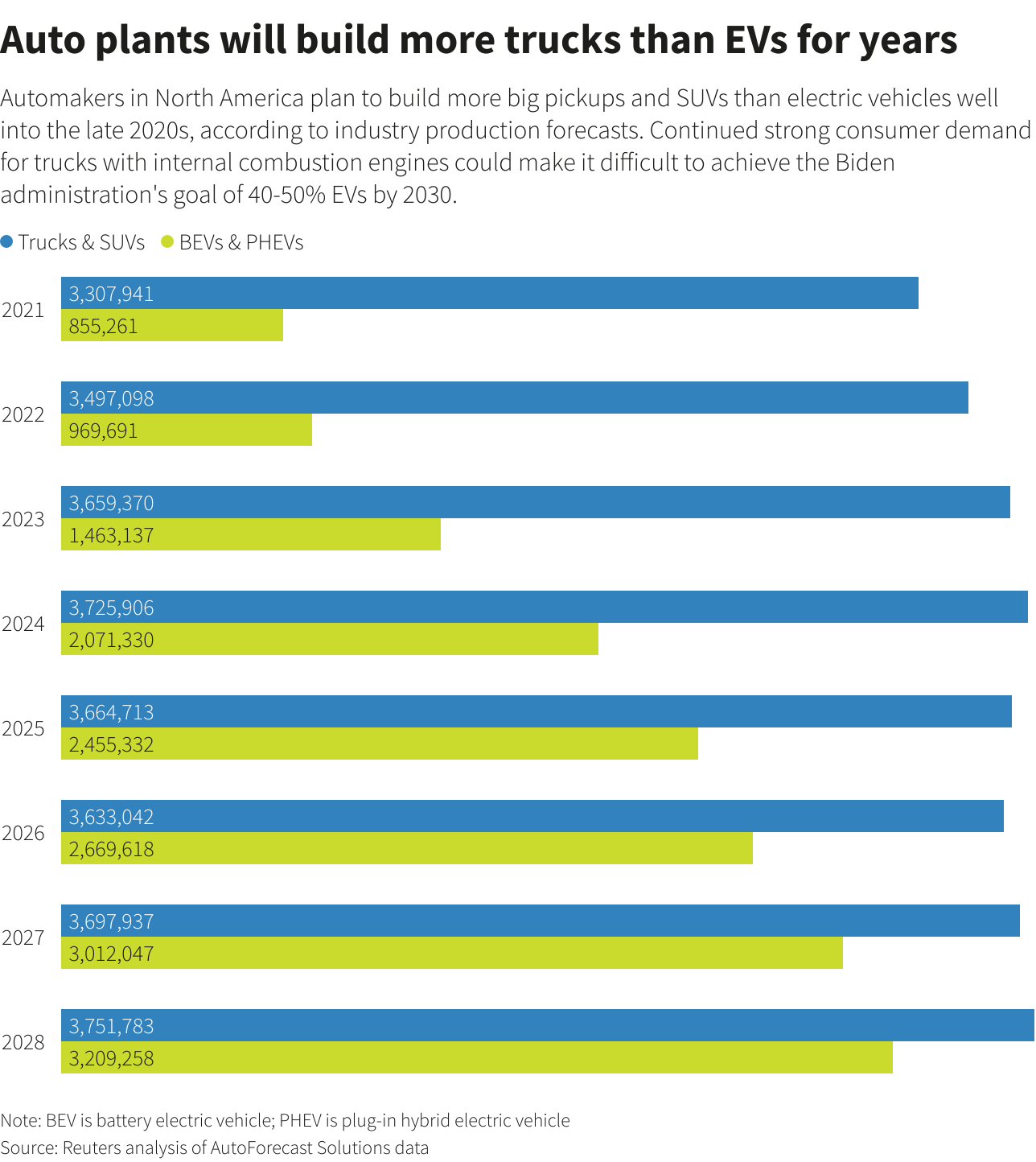 As per the predictions, if the plans go accordingly 15% of North American production will be EVs, and 3.4% for plug-in vehicles by 2028. Which would mean they have to double their production in the two years from 2028-30. As the setup would be constructed and available for manufacturing, it could be a plausible target for large automobile manufacturers.

Head of AFS global vehicle forecasting, Sam Fiorani said, “Far more demand for electric vehicles will be needed in order to hit the 2030 goal of 40-50%.” Then added, but “many buyers will come up with excuses not to make the switch” to EVs from vehicles with combustion engines.

Though the predictions look like manufacturers would fail to meet the target, companies are carefully planning it out. A Ford spokesperson said, “We’ve said for months that Ford expects battery-electric vehicles to be at least 40% of our global volume by 2030. That’s not an aspiration – it’s what we’re anticipating. “We believe we’ll be well-positioned for BEVs to account for 40% to 50% of our U.S. sales by then.”

While meeting targets is a crucial aspect, meeting the demand is also needed in times of supply chain pressure and other manufacturing challenges.