India is a country which needs education when it comes to health and hygiene. Thus, Dettol in their communication wanted to target kids who are the learners of today. Dettol knew it as a matter of fact that, the best way to reach out to kids is undoubtedly through mobile games.

However, the brand did not want to simply push a pop-up ad. They wanted to engage the user at the right place with the right content.

To achieve the objectives that it had set for itself, Dettol joined hands with GreedyGame, an in-game native advertising platform and Nazara Games, one of largest mobile game publisher in India. Dettol in collaboration with GreedyGame and Nazara rolled out an educative mobile campaign for their line of hygiene products (hand wash and hand sanitizer) This campaign that ran for a duration of 30 days achieved some noteworthy success.

Chhota Bheem games, published by Nazara Games are among the most popular and downloaded games by kids with over 17 million kids downloading the CB games in 2016. Thus the Chhota Bheem character, within the Chhota Bheem mobile games, was associated with the brand by integrating the product during the gameplay.

This experience was further accentuated by a unique engaging concept created by GreedyGame along with the Dettol team and Nazara Games with an objective of tightly integrating the product proposition contextually within the games without interfering the player experience within the games.

The integration was done across 3 games which were Chhota Bheem – The Hero, Chhota Bheem – Jungle run and Chhota Bheem –The Race. On CB- The Hero, the Dettol Power was introduced. On collecting the brand logo, the player would turn immune to attacks by germs and monsters for a couple of seconds.

On CB – Jungle Run, the Jingle was played each time he would have needed to sanitize his hands if they were real life incidents (i.e. when he was attacked by a monster / when he fell down et al.) This was achieved by showing an animation in which Bheem used the Dettol sanitizer to clean his hands.

The jingle was played in the background each time the animation was shown to the gamer. Lastly on CB – The Race we introduced Dettol power ups which gave Bheem super powers to run faster, attack opponents et al.

Chhota Bheem as a character is a role model and an influencer for kids. Thus by having him communicate the importance of hand wash and hygiene the campaign was successful in building a strong brand affinity.

The campaign was a huge success; for the duration of the campaign (30 days) 1.7 Million unique users were reached and the jingle was played around 131 Million times. The total brand exposure time recorded was 54 Years of branding which, otherwise would have required 94.5 million – 30 second video ads. 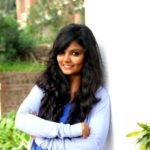 Nikita, a start-up enthusiast and the marketing Ninja at GreedyGame, is a writer by day and reader by night.

A graduate of Symbiosis International University with a degree in advertising, she is working towards supporting GreedyGame in saving the world from intrusive ads