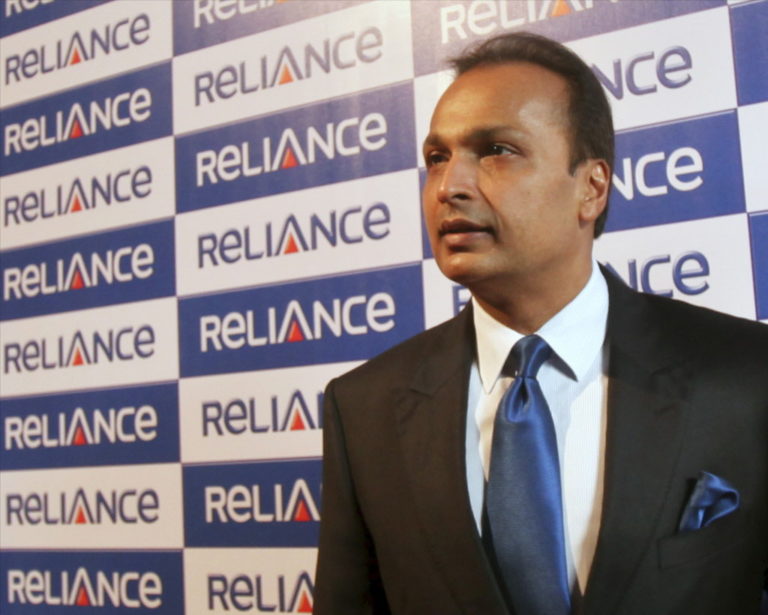 Did a family feud cost Anil Ambani his career?

Family disputes are  a pretty common thing in India. Despite holding high values for family and relatives, we somehow end up fighting with them over the puniest of things. A huge factor that contributes to family feuds is property distribution.

Today, we are going to talk about one such family feud. A dispute that brought one brother all the fame while the other went from riches to rags within a decade. Yes, you guessed it right. In this article, we are going discuss the family bickering between Mukesh and Anil Ambani which somehow contributed to the huge downfall of Anil Ambani’s career.

How did the feud begin?

It is not hidden how much work  Dhirajlal Hirachand Ambani or Dhirubhai Ambani as he is more popularly known put into establishing and managing the Reliance Industries. It was until 2002 that Dhirubhai used Anil as the face of his company while Mukesh was managing affairs from the back of the stage. 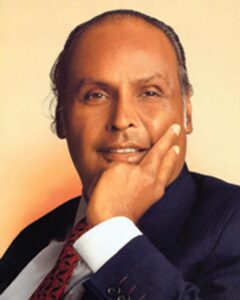 However, after the sudden demise of their father in 2002, the two brothers started quarrelling over the distribution of assets. Dhirubhai didn’t leave a will behind and both his sons, being aspiring as ever, wanted to control their favorite companies. Anil wanted the Reliance Communications (RCom) whereas the company was the brainchild of Mukesh Ambani. He had taken RCom to where it stood at that time.

The spat kept growing and eventually caught the public eye. The Ambani family had to go through a series of embarrassing verbal exchanges between the two brothers. That’s when their mother decided to step in. Upon her intervention, the documented division of assets was done in 2005. Mukesh got to keep the more conventional companies: Oil, Petrochemical, Gas and Refining whereas Anil, being a visionary, got new and emerging technology related companies: Electricity, Telecom, and Financial services segment. It was also agreed that for at least a decade, the two brothers will not compete with each other or enter into each other’s business ventures. 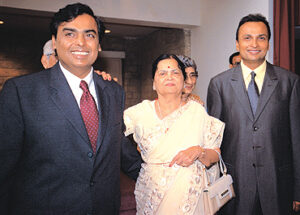 Reliance Industries was the name given to the businesses run by Mukesh. Reliance Anil Dhirubhai Ambani Group (ADAG) or, more often, the Reliance Group was the name given to the businesses that Anil managed. By the end of 2005, the net worth of Anil Ambani was $5.5 Billion whereas Mukesh’s was $7 Billion. After this division, Mukesh became the third richest man in India while Anil was just a place behind him.

You’d think that the feud would end with the distribution of assets but it didn’t. Both the companies entered into some sort of cold war, trying to bring each other down. When the distribution of the assets came into existence, it was also decided that Mukesh’s Reliance Industries Limited (RIL) will provide Anil’s company with a cheaper gas rate than what the current market price was. A price of $2.34 per million British thermal unit (mBtu) was decided as compared to the actual market rate of $4.2 mBtu so that Anil’s Reliance could stay profitable.

However, Mukesh knew it would not favor him in the longer run and thus objected to comply to the terms of the contract citing the reason that he cannot sell it at a lower price than prescribed by the government. Thus began a series of fierce court battles. The Bombay High Court ruled out in favor of Anil. Nonetheless, Mukesh challenged Bombay High  Court’s decision and took the case to the Supreme Court. The case soon gained government  attention because government sharing in Mukesh’s gas profits. Thus, with government intervention, the Supreme Court ruled out in favor of Mukesh Ambani in 2010.

Anil was in shock and took to the newspaper to reveal his frustration. He accused the government of cheating him because of its own underlying profits. There was a huge advertisement in the newspaper against Mukesh Ambani and the government, citing them as allies and cheaters. There was hue and cry but of no use. Anil had to buy the gas at the market price. Thus began the declination of Anil’s career.

The Decline of Anil Ambani

Due to the heritage of the Ambani name, Anil could get loans very easily. Thus, he took as much loan as possible in order to try new ventures. However, the more he tried diversifying his business ventures, the more he failed miserably. As a result, the debt kept piling up with no revenue to manage repayments. The Reliance group owed 1.7 lakh crore in total as of March 2018. This had an impact on Anil Ambani’s fortune as well as his Rs 13,500 crores investments in the financial sector of Nippon. By 2019, Anil’s situation had gotten so bad that Ericsson had threatened to put him in jail if he didn’t pay his debts. Additionally, Anil Ambani was ordered to appear before a UK court and repay 100 million in debts from Chinese institutions. He argued in court that he had no assets and would thus be unable to make payments. He declared himself bankrupt in 2020.

Anil was a visionary. He saw the expansion of the multiplex business in India and thus in 2005, he invested in Adlabs Films and owned about 51% of the corporation. Initially, the business made progressed in leaps and bounds. Anil Ambani rose to the position of India’s largest multiplex operator by 2008. However, Anil Ambani’s firms’ massive debt loads in 2014 began to cause him problems. This year, his media partnership with Adlabs also failed, forcing him to sell the displays. He also started giving Zee Entertainment a share in the surviving TV companies. His money loss was hastened by other poor choices. Anil knew exactly when the business had started being negative but he still chose to stay in it. That’s where he failed. He inevitably backed out, but after suffering heavy losses.

Reliance Communication first entered the Indian market in 2002, and Anil Dhirubhai Ambani got things going by using CDMA (Code Division Multiple Access). The higher management, led by Anil Ambani, had visions of using this technology to do miracles, but they quickly realized they had made the incorrect choice! Code Division Multiple Access, or CDMA, has a flaw. Up to 2G and 3G, technology was rather restricted. As a result, Reliance Communication and the technology both thrived until 3G became a common option.

What struck the final nail in coffin when Mukesh Ambani owned Jio rocked the Indian telecom industry with free 4G. While Jio flourished on one hand, Anil decided to call it quits. Mukesh showed interest in buying Reliance Communication, but backed down when the authorities asked him to also pay off all the debts Reliance Communication had at that point, which he wasn’t willing to. 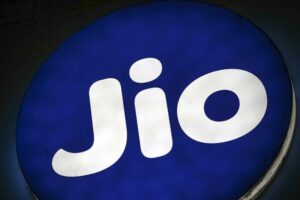 In May 2018, the National Company Law Tribunal (NCLT) admitted three petitions Ericsson had filed against Reliance Communication, triggering insolvency procedures. Ericsson said that Reliance Communication owed it around Rs 1,100 crore at the time. Anil had been issued a one-month deadline by the Supreme Court to pay Ericsson India Rs 5.5 billion or face imprisonment.

The 2012 coal scandal damaged Anil Ambani’s power company. Reliance Power, his company, is accused of receiving an unauthorized advantage of almost Rs 29,000 crore after the government permitted the use of extra coal from mines connected to active projects. The firm took a significant blow as a result of the charges, which ultimately forced it to incur significant debt.

Reliance Communications was accused of questionable 2G spectrum allocation deals in 2011. The allotted spectrum to Reliance Communication was revoked after the con. Anil and his spouse rejected any misconduct and said they were unaware of how the management of the firm made decisions. The Central Bureau of Investigation exonerated him of all charges in 2018. But it was very late. The damage had already been incurred. Reliance’s shares dropped heavily and Anil Ambani lost a fortune.

Anil Ambani purchased Pipavav Defense in 2015, even though it had a debt of almost 7,000 crores. Reliance 2.802 billion rupees were spent by Anil Dhirubhai Ambani on the acquisition. Anil failed on his large-scale defence sector diversification wager with Reliance Naval and Engineering. I When Pipavava was brought before NCLT by IDBI Bank and IFCI for failing to pay its loan, the predicament took a turn for the worst. Reliance Naval and Engineering’s market worth was 7240 crores in 2015, but it practically decreased by 90% to 727 crores in 2019.

Has the feud been resolved?

Due to Reliance Communications’ failure to pay Swedish corporation Ericsson, Anil was sentenced to prison in 2019. Mukesh unexpectedly intervened and gave his brother the money he needed, sparing him not just from jail time but also from a damaged business image.

Anil expressed his gratitude to Mukesh in a public statement released by Reliance Communications, noting that he was “grateful we have moved beyond the past” and that his brother’s assistance demonstrated “the necessity of maintaining loyal to our strong family values.” Many people assumed that the comment demonstrated the brothers’ reconciliation, which their kids and mother had been attempting to accomplish.

Has the feud actually resolved, well only time will tell. What do you have to say about this feud, let us know in the comment box below.