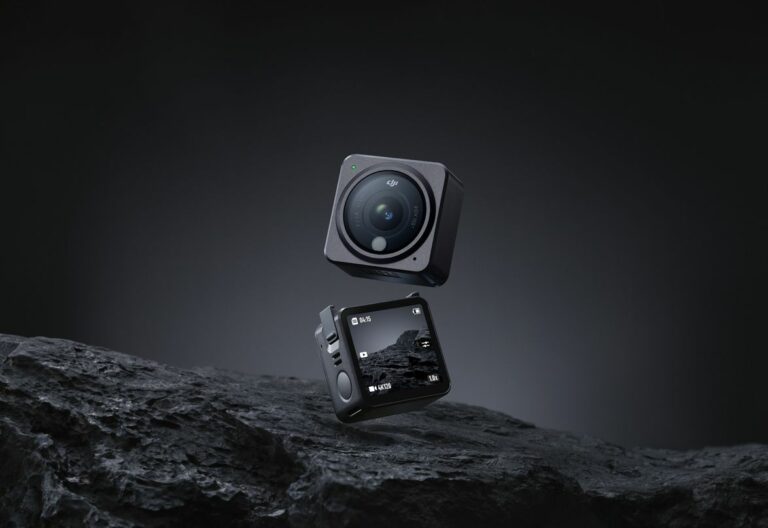 The GoPro Hero10 is without a doubt the greatest action camera on the market. It captures stunning film, has excellent picture stabilization, and is simple to operate. But there is one problem with the camera. The Hero10 Black weighs 5.3 ounces, which is 0.3 ounces less than the Hero9 Black, but it is still highly apparent when attached to your helmet.

The DJI Action 2, a new action camera from DJI, not only boasts a unique modular design, but it also weighs just under 2 ounces, making it considerably more portable. Continue reading to see how DJI is striving to distinguish its action camera from the market leader.

This is DJI Action 2.

Add to that 4K/120fps video, and upgraded stabilization and this is our most powerful action camera yet.

The DJI Action 2 shares several design principles with the Insta360 One R, an action camera that pioneered a modular architecture. The Action 2, like the One R, has a primary camera body to which you can connect modules to expand its capability. There will be two modules available at launch:

While the DJI Action 2’s modules are similar in idea to the Insta360 One R, they are hot-swappable, which means you don’t have to turn off the camera to swap them out. The Insta360 One R, on the other hand, gives you more alternatives when it comes to the camera itself, with three options available, including a 1-inch sensor and a 360 camera.

The DJI Action 2 has image stabilization (here dubbed RockSteady 2.0) as well as HorizonSteady, which can keep the horizon level even though the camera twists and flips, as do most action cameras these days.

Without a waterproof cover, the DJI Action 2 is water-resistant to 10 meters, which is about the same as the GoPro Hero10. DJI claims that the camera module itself will have up to 70 minutes of battery life, despite the fact that we’ve observed with previous action cameras that when motion stabilization is utilized and the resolution is raised, the battery life frequently declines.

Because the modules are hot-swappable, you could have multiple battery packs and extend the durability yet further, but DJI hasn’t said what happens if you’re recording a clip to the microSD card then disconnect a module.

We believe DJI knew after releasing the Osmo Action that it couldn’t go head to head with GoPro, so it created an action camera that fixes Hero10’s minor flaws.

In some aspects, the DJI Action 2 is similar to GoPro’s now-discontinued Session camera, which was smaller and squarer in shape than the company’s rectangular action cameras.