As meme token frenzy rages through the crypto world, an altcoin vying against Dogecoin (DOGE) and Shiba Inu (SHIB) suddenly soared 119 percent in one week.

Dogelon Mars (ELON) is a joke coin based on Dogecoin that purports to be inspired by Elon Musk’s plans to send people to Mars. When the coin was first released, Vitalik Buterin, the founder of Ethereum, received 50 percent of the supply as an airdrop. 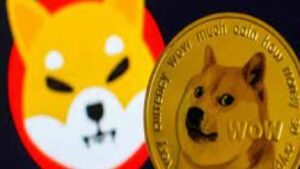 Buterin gave his whole ELON stack to the Methuselah Foundation, a non-profit medical foundation dedicated to life extension and longevity research, within two months of the token’s introduction.

The Dogelon Mars team announced yesterday that the next round of development will provide ELON decentralized finance (DeFi) and staking features.

“Dogelon Mars is moving forward with its development, constructing DeFi and staking out new opportunities with a new contract. Construction is currently in progress as community leaders bring DeFi and a new coin to the ecosystem.”

The team is also introducing the xELON governance token, which will be used for voting on proposals, coordinating protocol decision-making, and awarding grants from the treasury, among other things. Participants in the ELON staking program will be able to purchase xELON.

ELON exploded 119 percent after news broke that it would be listed on OKEx and Crypto.com, connected with the latest staking announcement, according to CoinGecko, raising the market cap from $426 million to $939 million. Elon is currently trading at $0.0000017, up 5.8 percent in the previous 24 hours.