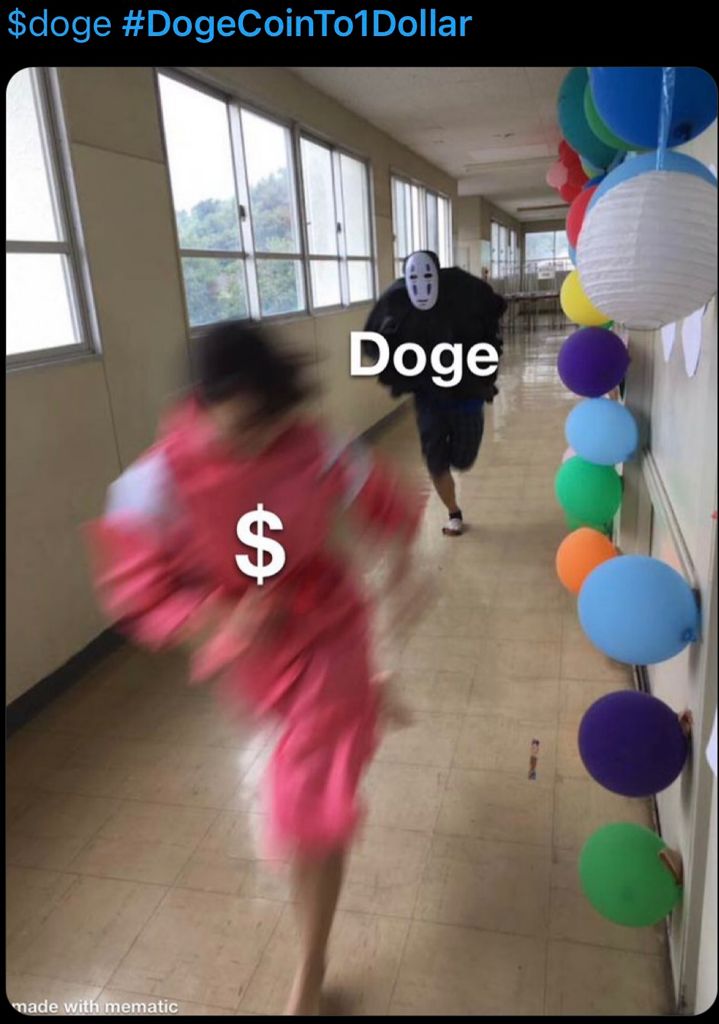 Dogecoin becomes the focus point of memes yet again as it continues its run for one.

Dogecoin is yet again on the trending list as it becomes the axis point of memes. Following the period that was quite downhill for crypto in general, a rise in Dogecoin rates has revived the enthusiasm of the enthusiasts whose hearts were also falling with the fall in graphs. Whether Dogecoin will reach $1 is still a question with a hazy answer owing to the volubility of the cryptocurrency. However, wishful thinking is not a crime and Dogecoin enthusiasts are doing exactly that. This is very well reflected in the #DogeCoinTo1Dollar that has been trending on Twitter. After all, for a cryptocurrency that began as an internet joke, Dogecoin has indeed come a long way. And it might still have a long way to go. For now, let us just take a look at the memes. 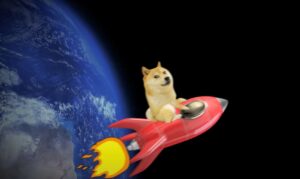 Dogecoin is not a stranger to memes. Hence, an outburst of memes at the slightest tremor in the Doge domain is not a matter of surprise. Here are a few memes and responses on Twitter that are worth a glance.

That is pure happiness right there.

Everybody who held on to their doge coin seeing it rise again #DogeCoinTo1Dollar pic.twitter.com/ByaL5Ji1mU

There is a lot of running happening

Who said “1” is the smallest number?

Let us not think about puns right now. Let us just focus on the run.

Am I the only one who is reminded of Thanos here?

Yes, the struggle is real folks. No sarcasm intended.

The smile of satisfaction albeit a bit weird.

Success can be fleeting. Just saying.

Does that mean we can no longer use, “the road to success?”

Moon is not that far away or is it?

Isn’t that a tiny bit far-fetched?

#DogeCoinTo1Dollar will go down as the most significant event in the history of humanity.

Hey has anyone heard of DOGE COIN? #DogeCoinTo1Dollar

Dogecoin at times sounds like the strumming pattern of a ukulele. Down, Up, Down…Down, Down, up.

I do not see anyhting funny there. Do you? This is where you use the thinking emoji.

Who writes these trend summaries?! 🤣#DogeCoinTo1Dollar

Well… debatable point. It did seem like people were a little out of breath with the prices going down.