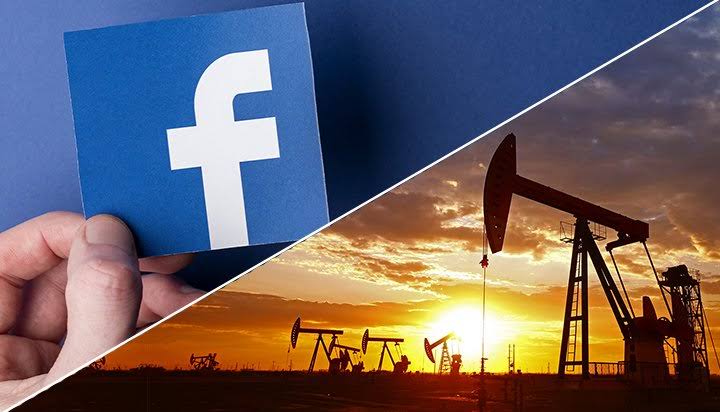 News has it Facebook failed to apply its policies to curb a misinformation campaign at the hands of the fossil fuel industry, during the presidential polls last year. An analysis released earlier this month by InfluenceMap, a thinktank based in London, has identified increased advertising on the social media giant’s platform by ExxonMobil, among other oil and gas firms. The aim of the campaign was to spread misinformation about the global climate change, and to shape the debate about policies that have been framed for addressing global warming.

In its research, InfluenceMap has found that the fossil fuel industry is busy spreading false hope to people by promoting oil and gas as potential solutions to the climate change problem. The group further adds that Facebook failed in its role of preventing such claims from being circulated, by not applying its own policies on such posts.

The report reads that even though Facebook is pretty vocal about its support for climate change issues, it continued allowing such companies to spread their propaganda through its platform. The reason for the same has been attributed to an inadequate implementation of existing advertisement policies, which, the report says, have been lagging behind in terms of keeping up with the urgency of climate change issues and required actions.

InfluenceTank has also found that at least $9.5 million was spent by as many as 25 oil and gas organizations to put up more than 25,000 ads on the service’s US branch last year alone, which were cumulatively viewed over 431 million times. Out of these, $5 million came from Exxon alone.

These ads have been called out for being more clever than outright claims denying climate change. Instead, the report highlights how the companies have resorted to promoting oil and gas as green fuels instrumental for a better quality of life, and are even publicising the moves that the industry has taken to curb climate change. The former claim which was made through some 6,782 ads, was mainly in support of natural gas.

Moreover, it was also noted that the total expenditure on Facebook ads went up in February 2020, after Joe Biden (who was a presidential candidate back then) proposed his $2 trillion clean energy bill. This hints towards “politically motivated purposes” behind the adverts.

Further, Exxon has been accused of continuously promoting fossil fuels as affordable and reliable, and of running misleading ads shifting the blame for increased carbon emissions to the average American’s lifestyle. This is in contravention of common estimates which show how the industry is much more accountable for emissions and climate changes.