How to unfriend someone on Snapchat

Snapchat’s ability to add someone assures that the site may be utilised to remain in touch with friends and family. However, the issue occurs when that same person wishes to remove or block someone, since while adding individuals is simple, doing the opposite may be considerably more difficult. Here’s a better grasp of how to remove Snapchat friends and, more crucially, what happens when you do so. 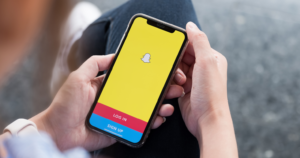 Snapchat is one of the most popular social media sites today, especially among Generation Z. While the original concept was to share photos and videos that vanished after a certain length of time, numerous more features, including Stories, have been introduced to Snapchat ever since.

The desire to ban or delete a Snapchat friend may blind the user to what happens afterwards. After blocking a friend, the user will no longer be able to read the person’s Story, Snap, or communicate with them in the app. If you merely “remove” someone rather than blocking them, they will still be able to read the user’s public stories, but blocking will just remove the user from their Snap.

The history will still be available on their phone, and they will be able to view any saved messages, but they will no longer be able to access any of them.

To block or remove a friend, open the Snapchat app on your phone and sign in. The user must then slide to the right to access the friend’s screen, search for the friend who has to be blocked, then press and hold their name.

The next step is to touch on “more,” followed by “Block” or “Remove Friend.” Snapchat will prompt the user for approval, and once confirmed, the friend will be blocked or removed.

However, there is another option. The first step is to launch the Snapchat app and navigate to the top-right search box.

The next step is to enter the username of the individual who has to be blocked and then touch on their Bitmoji. Then, search for the three-dot icon and press it. The instructions “Block” or “Remove Friend” will show in red at the top, and picking the choice will lead Snapchat to ask for permission on removing/deleting the individual again.

Before you block someone, make sure you know how to unblock them again. To do so, press the user symbol in the top-left corner of your screen, followed by the gear icon in the top-right. When you’re in “settings,” scroll down to the bottom and press “blocked.” The blocked friend’s name will display, and to unblock them, press the “X” next to their name.

There is a minor issue here in that if the user wishes to contact the blocked person on Snapchat again, they must send them a friend request again, even if they have been unblocked. If the buddy isn’t a public user, they’ll have to accept the new “add friend” request, which may be adequate evidence that they were blocked previously by their Snapchat ‘friend.’