Billy Markus, the co-founder of meme-based cryptocurrency Dogecoin (CRYPTO: DOGE), has asked Twitter Inc (NYSE: TWTR) CEO Jack Dorsey to “do something” about the flood of Shiba Inu (CRYPTO: SHIB) promotion tweets that have appeared on his Twitter feed. 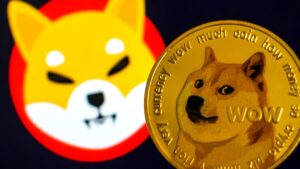 Markus called on Dorsey to take action against the various “Shiba Inu” advocates who had crowded the comments area with multiple links to a claimed Shiba Inu airdrop, sharing a screen capture of one of his Twitter threads.

hey @jack can we do something about this it’s kind of a nightmare pic.twitter.com/GN2NKcWGUt

So far, the Dogecoin founder has blocked over 5,000 accounts on Twitter but claims that these accounts are continually “targeting” his threads.

“One of the reasons I dislike Shib is that the community goes out of its way to harass and abuse me. “That doesn’t inspire confidence in you or your ‘community,” Markus wrote on Twitter. Markus recently came out against the proponents of Floki Inu FLOKI, a Doge-inspired parody cryptocurrency. The idea of advertising something like “it’ll make you rich” is “slimy af,” according to Markus.

Billy Markus, the developer of Dogecoin, takes issue with the influencer’s claims that it might help people make life-changing money.

There’s no such thing as a “way out.”

Advertising something like “it’ll make you rich” is slimy af.

A large-scale marketing campaign has been underway for Floki Inu. Most recently, the team rolled out billboards and posters across London underground stations, buses, and trains that read: “Missed DOGE? Get Floki.”