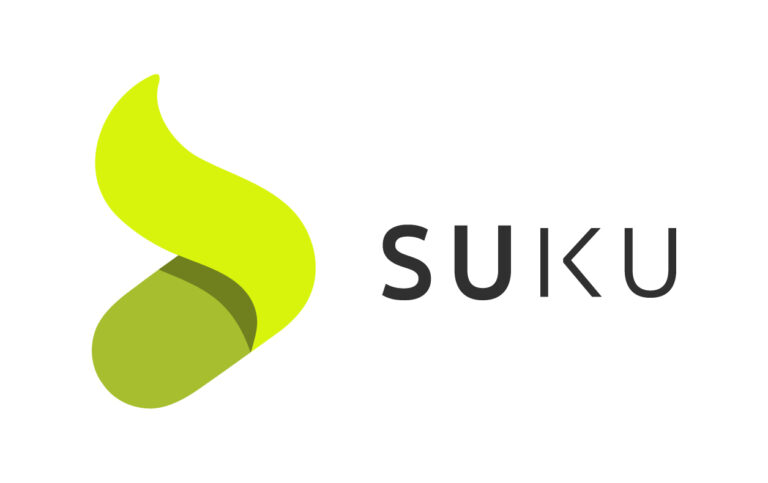 SUKU: Everything you need to know

Cryptocurrencies have been around us for quite some time now and for an industry that is solely based on dealing in virtual currencies, it has really managed to make a name for itself and mark its presence in the global marketplace. Though it has only been a couple of years since it was first introduced, the said industry is more than successful in luring in potential investors and even a few with celebrity status such as Elon Musk, the CEO of Tesla.

Having said that, I assume that, most of you are already familiar with the basics of the industry but if for some reason you are still not aware of the whole concept of online currencies, let’s start with that first. To begin with, crypto is nothing but a decentralized blockchain-based platform that can be used for a variety of purposes including the buying and selling of goods and services as well as for the purpose of trading virtual currencies with the help of cryptocurrency exchanges available online.

Not just that, the industry has had a rapid surge in its overall growth and popularity and the said incline was at a rate that could never be thought of, at least until now of course! In simpler words, cryptocurrency as the name suggests is a form of virtual currency which uses blockchain technology in order to operate on a day-to-day basis and also for the common purpose of verifying as well as recording the transactions that happen over the network in order to eliminate the risk of double-spending and counterfeiting.

Being decentralized on the other hand refers to the fact that, the crypto world is more than capable of working outside the control and jurisdiction of central authorities and can work freely without any unnecessary government interferences. Also, when the industry was first introduced, there were not many currencies that investors could choose from and the options were more or less limited and frankly, there were not many investors lining up to put in their money either.

Speaking of investing, it is probably worth noting the fact that, cryptocurrencies act as a source of passive income for a majority of people out there who have excess money lying around are looking for a safe and secure investment. Looking at being secure, let me tell you that, cryptocurrencies are more than secure a means of investment, all thanks to something known as cryptography.

In addition to this, some of the major features of the industry that has led to it being such a huge success include its high-profit margins, its portability, the convenience it offers, ease of use, intuitive nature as well as its highly volatile and uncertain nature of course. Being volatile, the price fluctuations in the crypto marketplace are almost instant, which makes it rather difficult to predict and thus increases the risk significantly.

Some of the popular cryptocurrencies that are available today in the marketplace for you to choose from include Bitcoin, Binance Coin, Cardano, Dogecoin, EverGrow Coin as well as Baby Doge to name just a few of course. Also, as per some chatter amongst global experts on the field, seeing the crypto industry been booming for some time now, it is anticipated that, crypto is going to completely revolutionize the global payment system on the planet, and from where I stand, it looks like it has already started to do so on the basis of some recent reports regarding crypto being used as an official mode of payment by merchants and vendors in the marketplace.

Now that you have a brief backstory about the crypto world, you will be able to have a much better understanding of what we have with us today, SUKU. To know more, I suggest you read further!

Everything to know about SUKU

SUKU is nothing but an Ethereum token that is used in order to power the SUKU platform, which is nothing but an ecosystem based on blockchains that are focused on increasing the overall transparency in the supply chains. Not just that, the SUKU platform is also known to be developing various applications for non-fungible token (NFT) marketplaces as well as for lending based on decentralized finance (DeFi).

Citizen Reserve is known to put together a team with experience in various different fields such as finance, blockchain, supply chain management as well as technology development to develop SUKU. The team of developers describes the platform as ‘the link between open finance, traceability, and transparency.’ and “the future of supply chains today.”

In addition to this, it is worth noting that, according to the platform’s whitepaper, SUKU defines its primary purpose to be giving power to its customers, which tend to be the users on the platform of course. Basically, as of today, traders in the marketplace are looking for two major factors while investing in cryptocurrencies, accountability as well as transparency, and lucky for them, SUKU, hits just the right spot there.

By providing various solutions for digital along with the physical world, SUKU is trying to streamline the overall process for its users. While customers are looking for various opportunities in a vast global marketplace, SUKU surely catches the eye of many potential investors with the help of its overall transparency as well as the technology it tends to offer to its customers in order to further elevate their experience with the company.

Apart from this, SUKU is said to be creating a sustainable ecosystem for getting artists and brands into the Metaverse and it is worth noting that, the solutions by SUKU go from selling and tracking virtual assets in the Metaverse to a marketplace for non-fungible tokens. Also, you should probably know the fact that SUKU was recently launched on Coinbase, which just for reference is one of the leading cryptocurrency exchanges online.

Furthermore, SUKU is also the native utility token of the platform which as mentioned can be used for a variety of purposes on the platform itself including being used for platform governance as well as for the purpose of rewarding SUKU node operators along with the users on the platform.

Basically, SUKU as mentioned previously is nothing but just another blockchain-based ecosystem but with an aim that is different from the rest of them, of becoming the universal symbol of truth for brands along with customers, making the overall concept of commerce much more efficient and transparent with the help of the power of blockchain of course.

As noted, SUKU’s supply chain based on blockchain technology is said to allow merchants as well as suppliers to trade in a manner that is much more secure, efficient as well as transparent. Also, product traceability is one such efficiency factor that is achieved by this interaction on the said ecosystem, ultimately being passed on to the end-user of course.

Now that we have talked much about SUKU, some of you must be wondering, whether or not it is a good idea to invest in the platform? If that’s the case, then let’s find out, shall we?

Also, it is worth mentioning that, the current circulating supply of SUKU is nearly 119,149,903 SUKU coins but unfortunately, the maximum lifetime supply of the token is not yet available. In just the past week alone, the price of SUKU has gone downhill by 14.54 percent.

Reading so far, you must have gotten a fair understanding of the platform and by now, you should be able to figure out on your own whether or not investing in SUKU is the right thing for you to do. Seeing what it has to offer when combined with its performance in the recent past as well as its plans for the near future, I certainly believe that SUKU can prove to be a risky investment in the near future, which is likely to provide you with fewer returns and it is a possibility that your current investment may decrease in value. But again, nothing can be said for sure!

As mentioned at the very beginning, crypto is a highly volatile marketplace and is extremely uncertain. Thus, It is very important for you to understand the fact that just like any other currency in the crypto marketplace, SUKU does have its own risks as well and you should invest only if you are willing to take those risks and bear any and all losses if at all necessary.

If you are wondering, where can you buy SUKU? Let me help you with that. Currently, SUKU is available on all major crypto exchanges but, some of the popular exchanges that have SUKU listed on them include KuCoin, Coinbase Exchange, BKEX, Gate.io as well as Bitfinex to name a few.

In conclusion, what are your thoughts on SUKU? Do let us know in the comments below. To know more about various cryptocurrencies, do check out other articles we have on our website. Thank you for your time & if you found our content informative, do share it with your investor friends!

Also read: SKALE Network: Everything you need to know