Dogecoin giveaway, A scam to rob you of your money, BEWARE!!

Fake news has sent people into a spin. As SNL live streamed today, hackers have uploaded videos of the event with a fake tweet and statement from Tesla that their billionaire founder Elon Musk is giving away 500 million Dogecoin. 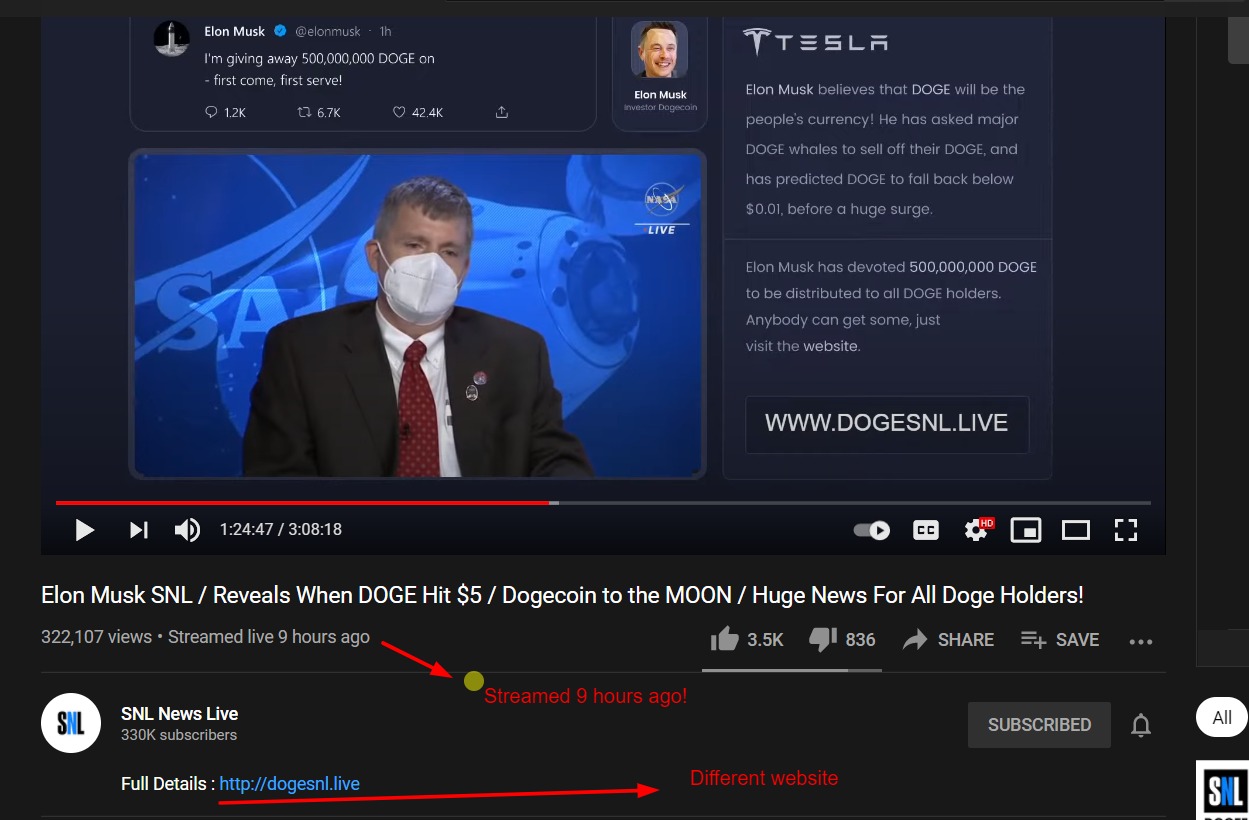 The website www.snl-news.com is promising to immediately double your Dogecoin. You can send them any number of coins between 10k to 10M. The website promises to send you back double without any delay.

To participate you can use any wallet exchange. Once they receive the request for the transaction they say the outgoing is processed to the same address. The fake website is promising big things but you must be aware and not fall into a trap. IT’S A SCAM!!

The fake SNL account has previously uploaded videos of dogs and Gameplays in the Russian language.

Elon who generally posts every big announcement on Twitter hasn’t posted anything about any giveaway. Though the youtube video shows a tweet of Elon where he promises a 500,000,000 giveaway. His official Twitter shows no such tweet which is proof that this is a SCAM.

There are lots of Dogecoin giveaways going on in wake of Elon’s appearance at SNL but be beware Elon Musk is not giving out any Dogecoin away, at least not yet.