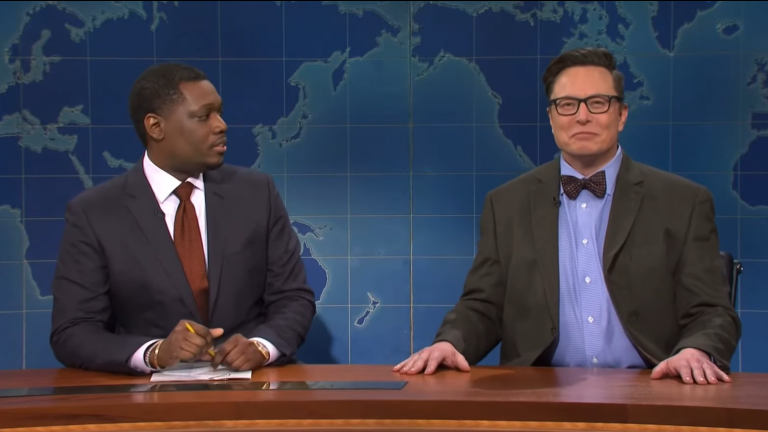 The Saturday Night live event starring Elon Musk has been a hit. It was awesome as we expected, and Elon nailed it. The script was good, the acting was fab, and it was fun to watch. But it’s no secret that we all were secretly waiting for one thing. Yes! Yes! it’s Doge, the future currency of Earth. And Yes, Elon did come around the topic and made some interesting comments on the same. First, he explained what cryptocurrencies are, then what dogecoin is, compared it to the dollar, and finally made the comment we all waited for “To the Moon🚀. ”

Elon Musk starts off the discussion about Dogecoin by explaining what cryptocurrencies are. He first calls himself the “Dogefather.” And then says that cryptocurrencies are digital money that is decentralized, unlike the dollar, and are based on blockchain technology. He then answers the host, who asks him, “What is Dogecoin?”. Elon replies that “It started as a joke based on an internet meme, but now it has become a very real thing.”

On getting asked the same question again Elon adds that Dogecoin has a circulating supply of 117 billion coins out of which 113 billion are already mined. Then when the host gives the example of the dollar, he says that Doge is as real as that dollar. Elon also adds that Doge is a cryptocurrency that one can trade for conventional money. And finally ends his Doge statements saying, “To the Moon🚀!”.

Doge dips during and after SNL

We all were expecting that the price of Dogecoin was supposed to increase after the SNL event, but nothing like that happened. In fact, Doge was trading above 70 cents yesterday, but now it has retreated to 50-55 cents. So much for “To the moon.” The probable reason for this is the shorting that grayscale investment has been doing. And also, people panic selling because of the drop.

Okay $DOGE peeps, it's been fun. Welcome to crypto!

It all seems to be manipulation of the whales, and they are just selling high and buying low from the panic sellers. If you have entered the market at a higher price, then hold, do not sell at a loss! Yes, this is not financial advice, but I am pretty sure that it is a great one. Crypto markets are still new and are prone to a lot of manipulation. So, only patient investors can make money from this market.

What are your thoughts on the comments made by Elon Musk in the Saturday night live event? And do you think that the price of Dogecoin will recover? Let us know in the comments below. Also, if you found our content informative do like and share it with your friends.

Also Read: What is Ethereum Staking? Should you do it?