A few days back Elon Musk said that he would stay off Twitter for a while. And after two days when he arrived, the series of tweets that he made, resulted in a 50% price increase of Dogecoin. Elon Musk tweeted, “Doge” and followed it by “Dogecoin is the people’s crypto”. He also posted a meme of Rafiki as him holding Simba as the Dogecoin.

This is not the first time when one comment of the billionaire resulted in a massive price hike in a cryptocurrency’s price. Even before he has resulted in multiple fold growths in Dogecoin and company shares. For example, when the new Whatsapp privacy rules came out, he tweeted “use signal”. This resulted in more than 10 times the growth of the share’s price and also has a huge impact on its popularity and user base.

And yet another time when Elon posted about a product that he bought for his dog for a particular company, the share prices of that company boomed. These were just some instances when Elon Musk was able to show the kind of influence he has over his fans and masses in general.

Recent price hike of Dogecoin and Musk’s take on crypto 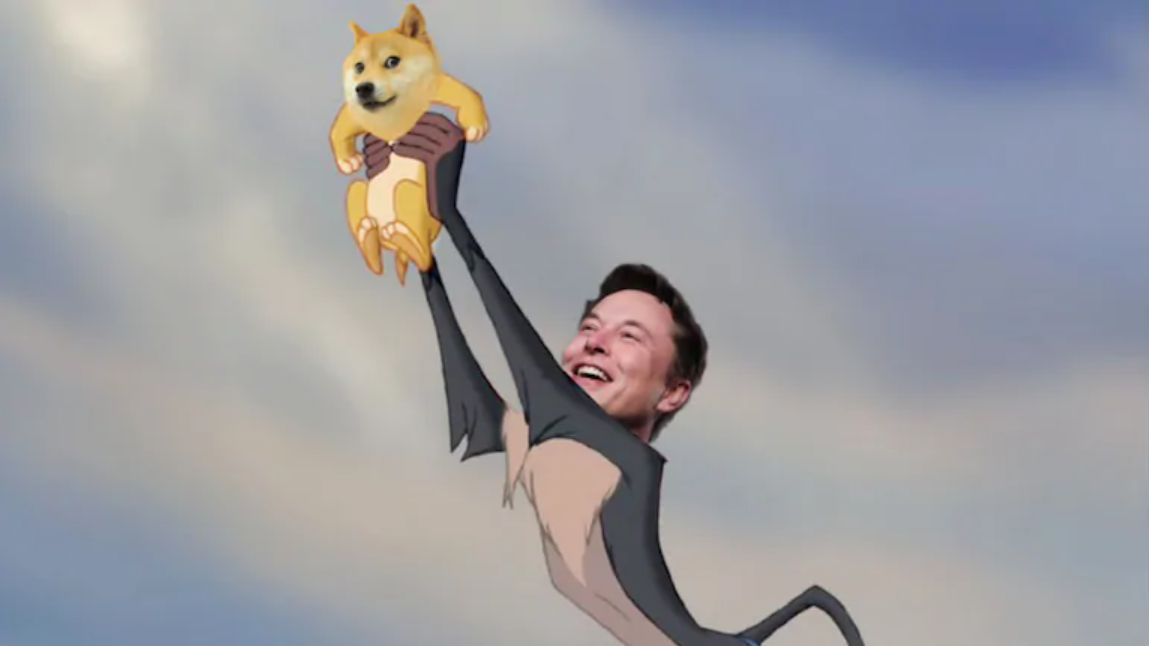 Elon Musk has been changing the fate of companies and moving market with words. His recent tweet about “Dogecoin” resulted in a huge price hike of the cryptocurrency. The price hike was similar to the 80% and 500% increases when Elon talked about the currency back sometime. But one thing that was common in all these was that after the hype died, the currency fell back again. Elon even talked jokingly about Dogecoin becoming the currency of the Earth.

Elon Musk has also been in favour of Bitcoin and crypto in general. He believes that the digital asset will soon be widely accepted. The billionaire even wrote “#Bitcoin” on his Twitter bio, resulting in a 14% price hike of the cryptocurrency. There were also instances when he talked about taking Dogecoin to the moon and beyond.

What do you think about the huge price increase in Dogecoin’s price after the latest tweets by Elon Musk? And do you think his constant appraisal of the currency will change its future? Let us know in the comments below. Also, if you found our content informative, do like and share it with your friends.