Twitter is once again talking about Dogecoin, and the reasons are various. It seems like there will never be a time when DOGE will go out of trend in Twitter town. It can almost be said that Dogecoin owes half of its popularity and influence to Twitter town and its incessant talks and debates over Dogecoin. This time the main reason for Dogecoin gracing the Twitter trending list is Elon Musk. Well, if your reaction to that is “Why am I not surprised,” then you are not alone. Musk’s support for Dogecoin is not a secret. In fact, the Tesla and SpaceX CEO gave a major boost to DOGE when he talked about it in the interview after he was named the Times Person of the year. 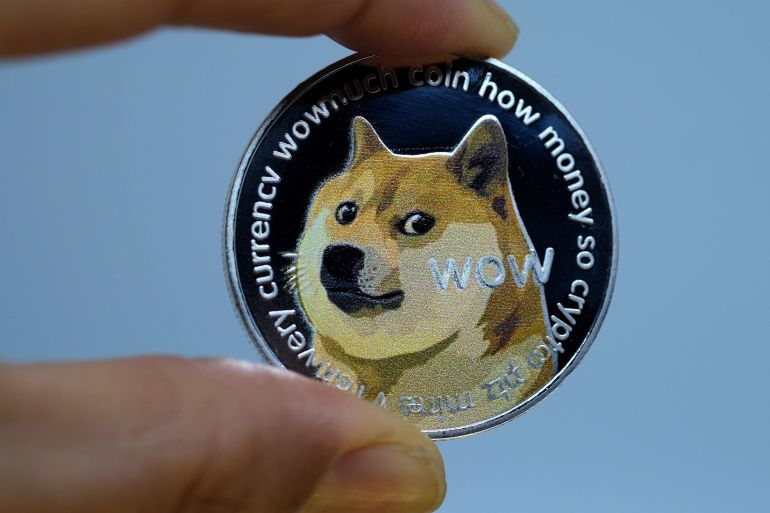 Dogecoin had received a lot of hype following Musk’s interview in which he depicted a clear preference for Dogecoin over Bitcoin, the world’s biggest cryptocurrency. He was of the opinion that in comparison to Bitcoin, DOGE has more transactional value. And that is indeed saying a lot. And when it comes from someone like Musk who holds an inexplicable power to sway the markets with mere tweets, that does amount to something. Quite naturally, the Twitter town began talking about Dogecoin, and as usual, it rocketed to the trending list.

And if that was not enough, on Tuesday Musk made yet another announcement which created quite a stir in the crypto domain. The Tesla CEO said that the company will accept DOGE for merchandise. Although this will be carried out on a test basis, it is a rather big step for Dogecoin in the direction of progress. This is what Musk said in his tweet, “Tesla will make some merch buyable with Doge and see how it goes.” And the effect of the tweet was quite palpable because the price of DOGE went up by 24 percent following the announcement. Let us take a look at the tweet.

Although the announcement is a huge win for Dogecoin, it will be prudent not to get too excited lest it suffers the fate of the world’s biggest cryptocurrency. As we know, Tesla had once announced that it will accept Bitcoin for car purchases. However, the excitement was short-lived as the company stopped accepting Bitcoin stating environmental concerns.

Twitter is magnetic when it comes to any news related to crypto. And quite naturally, it latched onto Dogecoin soon after the announcement. Hence, we have yet another name added to the trending list. Let us take a look at the chain of reactions and responses.

#Tesla accepting #dogecoin for their merch will be the biggest free PR and free Marketing campaign in history. #Doge4Tesla

FOLLOW ME WITH THE NOTIFICATIONS ON FOR BIG REAL TIME UPDATES 🙂

BREAKING: @ElonMusk has announced #Tesla will create merch, which will be purchasable by #Dogecoin! pic.twitter.com/OTaY3eCzsz

The scene on the streets after Tesla begins accepting #dogecoin for payment pic.twitter.com/jZ8UawEwgG