#Dogecoinarmy has been trending on Twitter, and its fan base is going bonkers. After the sudden price rise in the cryptocurrency on 28th January, people have been showing a lot of faith in it. The fact that a currency created as a meme now has a market cap of billions of dollars shows that. So, yeah maybe they will be able to take Dogecoin to the moon and then Mars. Even influencers have joined in the army and have been investing heavily in the same.

People have been raving about how they are investing in Dogecoin. Everyone has been putting in hundreds to thousands of dollars and just holding the cryptocurrency. At the same time, others have been talking about the benefit of Dogecoin and the importance of holding it.

You wanna be like the man on top
Buy and hold that's it#DOGE #Dogecoinarmy #dogecoin $doge pic.twitter.com/gnjaPJN1Zu

The hype is real, and the fact that people are readily investing without fear shows that. There are retailers that have already made a lot from the cryptocurrency but are still waiting for the big breakthrough. Even though financial advisors have been advising against this, it is one no use. This tweet shows the sheer belief that the Dogecoinarmy has right now.

Now the Dogecoin price rise is no more dependent on Bitcoin. Enthusiasts have already noticed the pattern that unlike before Dogecoin is now moving independently of Bitcoin.  And it won’t be a surprise if the cryptocurrency’s price reaches $100 by the end of December said one Twitter user. Fans have also been wanting Elon to tweet Dogecoin once again, which will surely have a positive impact on its price. It seems at this moment everyone is holding the currency and waiting for it to boom.

The last price increase of the cryptocurrency 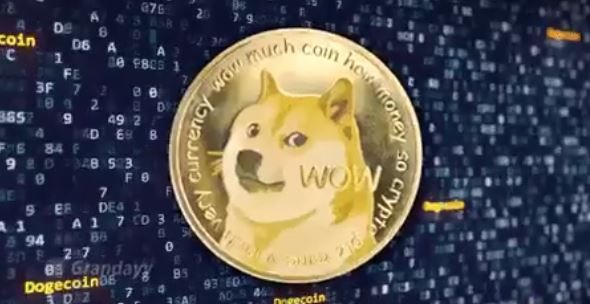 Just a few days back, the price of Dogecoin went up by more than 500% in just 24 hours. It came after the tweet by Elon Musk. And after that happened, it has lost about 2/3rd of its gain. So, it is not only about the gain that Dogecoin sees after a huge rally and trend. The question is, will it be able to sustain that price until future rallies happen.

What do you think about the Bitcoin rally taking place? And do you think the cryptocurrency’s price will cross $1 and eventually $100 and $1000? Let us know in the comments below. Also, if you found our content informative, do like and share it with your friends.