A 39 years old Jewish man is a professional consultant and lives in Mexico City with his family. Yes, that’s the founder of the most talked-about Reddit’s investing forum. His name is Jaime Rogozinski, and this is his story about why he created WallStreetBets and why it became something he never intended it to be, forcing him to leave. 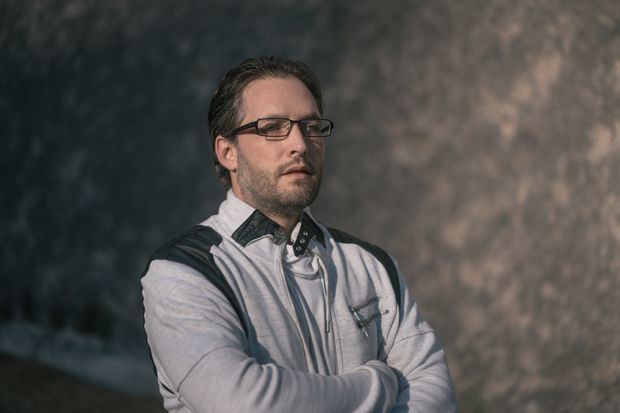 Why was the WallStreetBets created?

Let’s start from the beginning. In 2012, Jaime Rogozinski was a single man, making good money by working as an information technology consultant. Back then, he represented the Inter-American Development Bank in Washington, D.C.

Rogozinski was looking for ways to invest some money. But his problem was that the existing forums were way too dull for his taste. For instance, he explains,

“I’d go on different forums and question them, ‘Hey, what do you think about ABC’ And usually, the opinion would be ‘It’s too risky, don’t try to pick stocks, you’re never going to succeed,’”

Being fed up and bored by this conventional investing style, Mr. Jamie Rogozinski decided to create a forum where people with different investing types would meet and discuss the topic. The idea was to create a safe place for people willing to take risks rather than follow the sober and tedious approach. He wanted to have a group of people interested in the game rather than looking on spreadsheets to decide. The instinct was more towards gambling than playing it safe, hence, the name “Bets.” 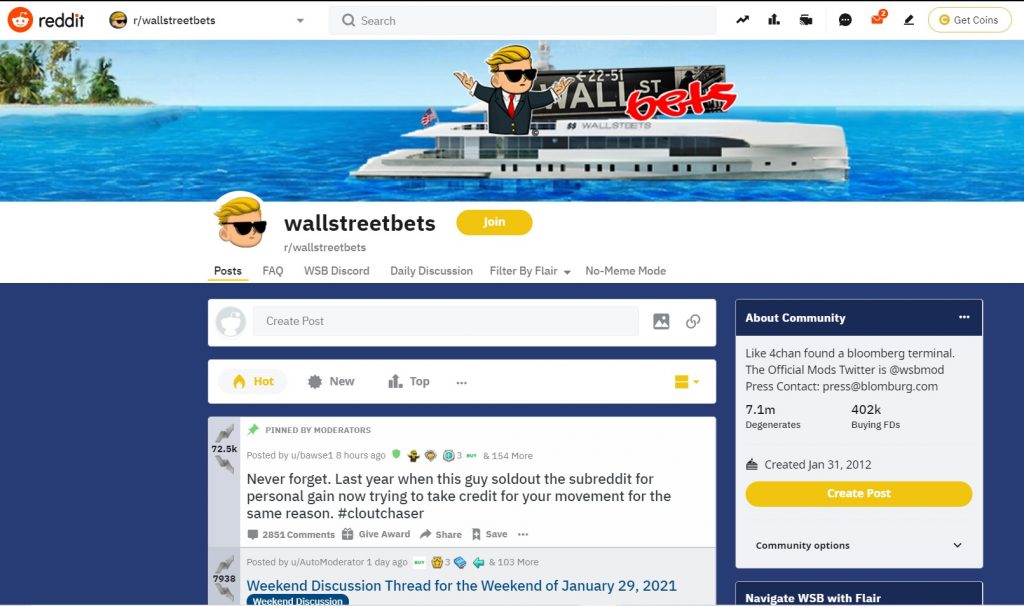 With the above thoughts in mind, Jamie Rogozinski created the WallStreetBets on Reddit. At the time of its inception, it was a relatively small group having just about a few thousand members in the first five years. But it was after 2019 when things rapidly changed for the WallStreetBets. Retail trading was no more an exclusive group as the Charles Schwab Corp and Fidelity Investments abolished the trading commissions.

‘A massive group of people has organized where they collectively have a seat at the poker table, which was previously invite-only.’

This led to a sudden rise of interest in trading, and WallStreetBets saw a surge in its members and soon crossed the mark of 500 thousand. And in a year, the subscribers doubled up, bringing the stats to 1 million in March 2020, during the market selloff.

How was WallStreetBets different from the others?

The best thing about WSB users was that they were more interested in betting than following the formula. They would bet on everything from struggling companies to companies even involved in scandals such as the Lumber Liquidators Holdings Inc.

Mr. Rogozinski also feels that most of the existing communities were very gaudy. They would only discuss their winnings. But what made WallStreetBets unique was that they celebrated their victories, but they also celebrated their defeats. The community had two separate sections, one saying, “Look at my money!” which tells the community about the wins. But even importantly, the other section, “Look at all the money I lost!” speaks about the loss. It tells people about how essential loss is in the game. And according to Jamie, this was what inspired people the most.

That was it for the first part of “Meet the creator of WallStreetBets.” In the next detail, we will discuss how a Reddit group started for fun is now a force not reckoned with.

I mean, think about how fascinating this story is! The man who created a group to introduce a new investing style is no more a part of. Yet the community has grown so much that it’s influencing the Wall Street and stock markets!

So stay tuned to know the next part of the story. Until then, read about how this Reddit community, WallStreetBets has taken everyone by surprise.