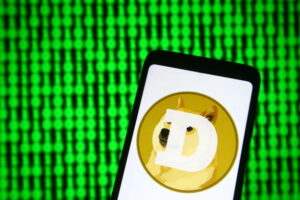 The cryptocurrency market is at its lowest since last week and especially Bitcoin and Dogecoin are affected the most by the recent market crash. Dogecoin has been a trending digital asset in the last couple of days on social media because of the Dogecar in NASCAR. Now, amid the plunging Doge market, the Co-Founder of Dogecoin announced his recent purchase of the meme coin first time ever in 8 years. Billy Markus is one of the co-creators of Dogecoin and is no more working on the project.

Markus in his recent tweet stated that he took a pledge before 8 years that he will never invest in cryptocurrency anymore, “after 8 years of vowing never to buy crypto again” Markus tweeted. Though the Doge Creator did not mention the reason behind his change of heart towards the meme-inspired currency.

I bought dogecoin after 8 years of vowing never to buy crypto again, an hour ago.

The popularity of Dogecoin is at its peak in the last couple of months and is highly influenced by the frequent tweets of the Tesla CEO around the currency. Elon Musk keeps on tweeting about Dogecoin and his interest in the currency. His tweets are simply promotional and seem like Dogecoin is his own company. The supporting tweets by Musk reached a level that the people started calling him the CEO of Dogecoin on Social Media, some people also gave him the name ‘Dogefather’ a few days back.

Billy Markus who is active on Twitter with the name Shibetoshi Nakamoto kept tweeting the updates after the dogecoin purchase on Wednesday. After 24 hours of the buying announcement, Markus tweeted, “24 hours after buying Dogecoin. I’ve been down as much as 12%, but now up 15%. Need to look at charts. Hands are clammy. Having a hard time concentrating. Must check the phone. Must check the phone. Anyway, much healthy activity, this crypto investing stuff”.

Need to look at charts.

Having a hard time concentrating.

Notably, the meme-based coin, Dogecoin was created long back in 2013 as a joke and became popular as a funny currency. In fact, Markus liquidated all his crypto investments back in 2015.

The recent shifts in the crypto market are majorly influenced by China’s move to ban the mining and trading of the cryptocurrency in the country, the Chinese government has imposed strong punishments on those who own crypto or are into the illegal trading of the currency. After the investment in the currency by Markus, all the eyes are on the crypto market, whether it will be influenced by this investment or not.