In afternoon trading on Friday, shares of Domino’s Pizza Inc. DPZ fell 3.2 percent. The downgrade comes after Domino’s exceeded earnings and revenue estimates and launched a new $1 billion stock repurchase programme, sending the stock up 14.6 percent to a new high of $538.82 on Thursday. 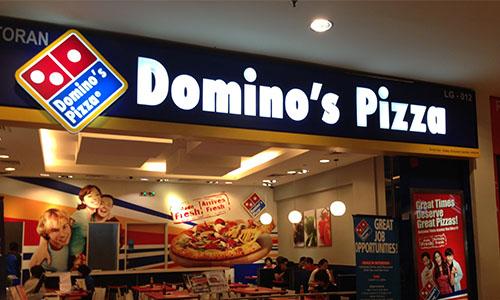 Domino’s Pizza reported a 21.6 percent year-over-year growth in worldwide retail sales in Q2/21, or 17.1 percent excluding foreign currency adjustments. During the same quarter, the business said that same-store sales in the United States increased by 3.5 percent compared to Q2/20, confirming solid sales trend in the United States. Same-store sales in the foreign business grew by 13.9 percent year over year during the quarter, according to the company.

The firm went into great detail about its recapitalization activities. Domino’s said it borrowed $1.85 billion and used some of the money to pay down debt it had taken on in 2017.

The company also announced that it completed a $1.0 billion share repurchase programme after the end of Q2/21. As a consequence of the repurchases, Domino’s said that it received and retired a total of 2,250,786 shares of its common stock at an average price of $444.29 per share in Q2/21.

Domino’s announced that its Board of Directors has declared a $0.94 per common share quarterly dividend, payable on September 30, 2021, to shareholders of record on September 15, 2021.

The company said it had more than 18,000 locations in more than 90 countries and offers both delivery and carryout pizza. The company’s $16.1 billion in yearly sales were split almost evenly in FY/20, with over $8.3 billion coming from domestic activities and around $7.8 billion coming from international businesses. About 98 percent of the business’s locations are owned by independent franchisees, according to the corporation. Because of its heavy investment in technology, the firm expects to earn more than 70% of its sales through digital channels in the United States by 2020, and around 50% in other markets.