Donald Trump says, “We will break up the Big Tech Monopoly” for banning him 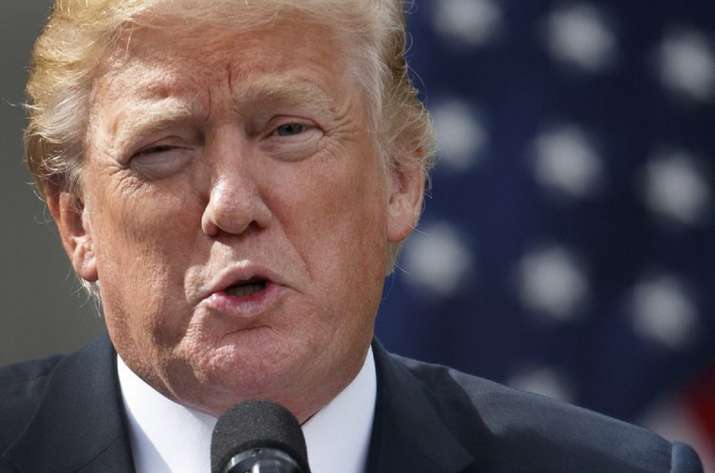 Former United States President, Donald Trump has recently attacked the US tech giants and the Silicon Valley executives during a speech in North Carolina. The former president is accusing these executives and Present Joe Biden for destroying the country.

“We will break up the Big Tech monopoly”, he told his North Carolina crowd on Saturday for banning the former president from all major social media platforms. It was a clear criticism that Trump portrayed in his speech. He even went along to say that he wasn’t interested in waiting two years to re-join Facebook.

The speech was a part of Trump’s 2024 election campaign, months after being banned from social media, this was the first time the former president emerged ‘From the Desk of Donald J. Trump’ to speak and share his thoughts at the North Carolina Republican Party Convention.

According to a report by Business Insider, the former president addressed the crowd for almost 90 minutes. The convention included a seated crowd of over 1,200 people and the topic of discussion was the highlight of Trump’s political rallies.

“They may allow me back in two years. We got to stop that, we can’t let it happen – so unfair.” “They’re shutting down an entire group of people. Not just me. They’re shutting down the voice of a tremendously powerful – in my opinion, a much more powerful and a much larger group,” remarks Trump during his speech.

Furthermore, Trump was firm on his words when he said that he had a firm grip on the GOP. The convention was labelled as “Campaign 2024”. Even though he lost the 2020 presidential elections to President Joe Biden, he told the associates present at the convention that he would run again in 2024, lest his health allows.

“We will reject the left-wind cancel culture,” Trump says against the social media monopoly against him.

Speaking of social media, Mark Zuckerberg, Founder and Chief Executive at Facebook Inc. was also the highlight of Trump’s speech where he calls him ‘another beauty’ whose ‘human nature’ was ruining the United States.

As mentioned in a report by Business Insider,

These remarks came after Facebook’s Oversight Board extended Trump’s social media ban for another two years. With Facebook gone, Twitter has also banned Trump indefinitely and since then, the former president is struggling to voice out his opinions to his followers.

Donald Trump then decided to launch his own blog, “From the Desk of Donald J. Trump” but it did not work out for him and just recently, it was taken down as well.

Do you think Donald Trump will get re-elected in the 2024 presidential elections? Let us know what you think.

Safemoon beta wallet could be the next big thing!