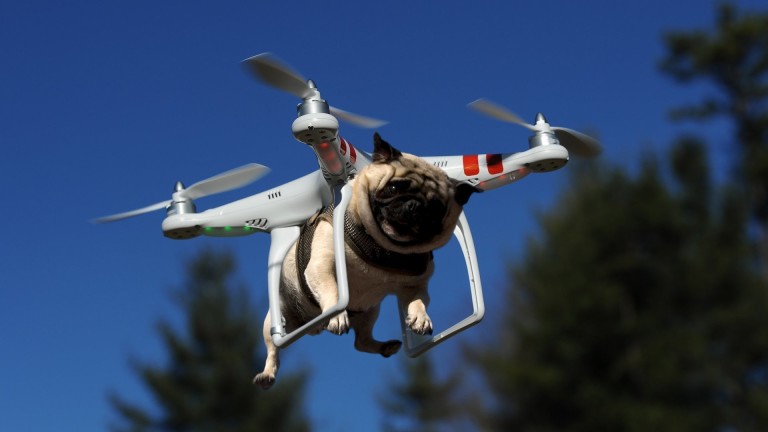 Given that new technological advancements can be seen almost everyday now, delivery drones were expected to arrive soon and they are here! A delivery drone is an Unmanned Aerial Vehicle (UAV)  which can deliver packages, medical and food supplies.

The RQ-7 Shadow is capable of delivering a 9.1 kg “Quick-MEDS” canister to front-line troops. UAVs can transport medicines and vaccines, and retrieve medical samples, into and out of remote or otherwise inaccessible regions.

“Ambulance drones” rapidly deliver defibrillators in the crucial few minutes after cardiac arrests, and include livestream communication capability allowing paramedics to remotely observe and instruct on-scene individuals on how to use the defibrillators. Watch the launch footage here. In July 2015, the FAA approved the first such use of a drone within the United States, to deliver medicine to a rural Virginia medical clinic in a program called “Let’s Fly Wisely”.

The Tacocopter is a taco delivery concept utilizing a smartphone app to order drone-delivered tacos in San Francisco area.

It was created by MIT graduate Star Simpson and its website went live in July 2011, garnering the public and the media attention. The revelation that it didn’t exist as a delivery system or app led to it being labelled a hoax.

It was developed by a joint effort of U.K. drone specialist AeroSight, Big Communications and creative agency T + Biscuits. A short footage video was released in June 2013.

The delivery is called Old Hamburg Schnitzelhaus AIR, to deliver Schnitzel Wiener Schnitzel to the nearby beach. It is currently pending regulatory approval. It was developed inhouse with DJI drone parts. A footage video was released in November 2015.

The Pro is Speed, Flexibility and Ease of Delivery –

The Con is Cost, Payload Size and Distance –

Drones that are dirigibles have an opposite set of pros and cons- they’re cheap, can carry heavier payloads and travel further. But they go much slower. For now, the advancements are quite thrilling. It will be interesting to see what future has in store for us!