Drones deployed to sanitize the city, deliver medicines and essentials in Karnataka. 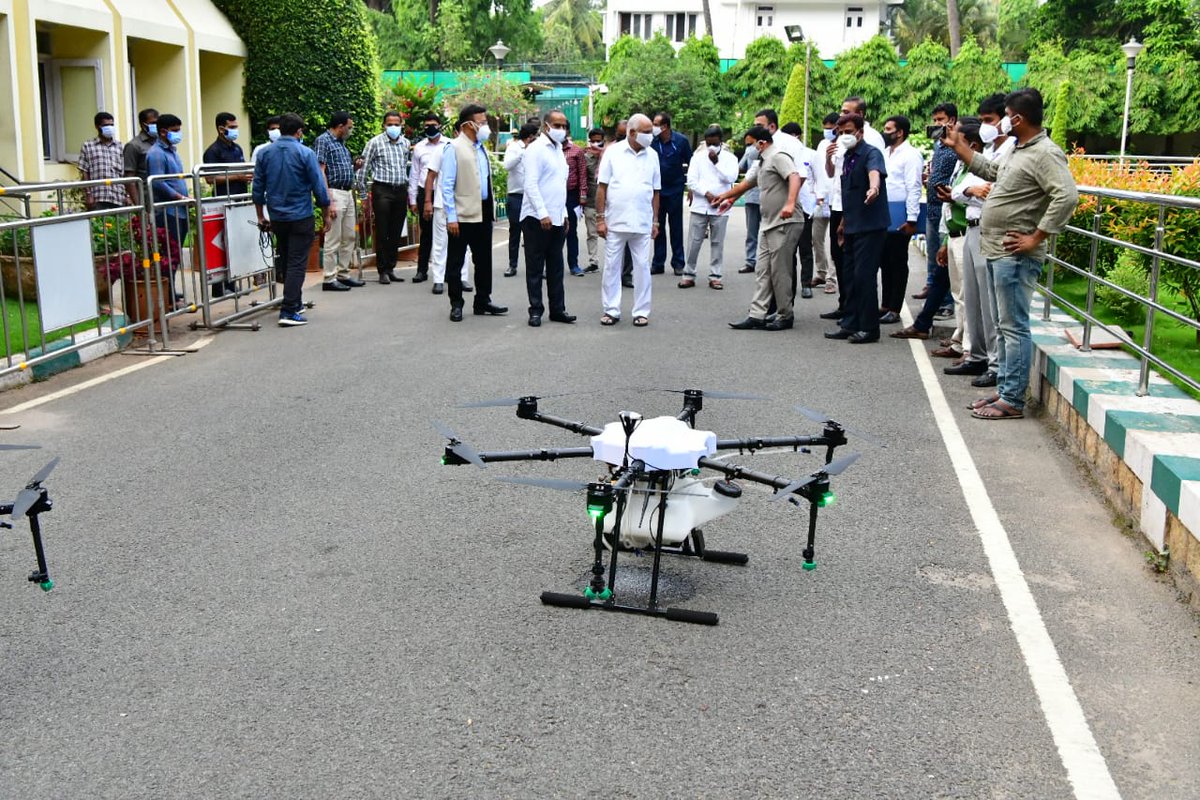 Drones deployed in Karnataka to sanitize the cities

Drones are being deployed in Bengaluru and other parts of Karnataka to contain the rising number of coronavirus cases in the state. These drones will be used to sanitize the containment zones in the state, deliver essential products and services, deliver medicines, etc, to the people affected with corona virus or people under quarantine.

This is a joint initiative by Bengaluru-Central MP P C Mohan and Garuda Aerospace. This drone drive to sanitize the containment zone was kick-started by Chief Minister B S Yediyurappa on Friday – April 30.

At the launch event of this initiative, Chief Minister B S Yediyurappa said that just like other states in India, Karnataka too is facing problems due to the second wave of CoronaVirus. During these difficult times, it is very important to deliver the emergency medicines and vaccines on time to the people. While addressing at the launch, CM Yediyurappa said- “I am happy to note that for the first time in the country, drones will be used for supplying medicines, and also for sanitizing public places,”

Each drone carries the capacity of almost 35 to 40 kilos of materials like medicines and essential goods besides sanitising the areas.The efforts of Garuda Aerospace and Mohan is much appreciated by the CM.

The announcement was made public by PC Mohan via Twitter where he said- “A special task force headed by PC Mohan – MP, Bengaluru Central, has roped Garuda Aerospace to sanitize Govt hospitals and other public buildings in Bengaluru Central area. CM Shri @BSYBJP flagged off a fleet of drones spraying anti-coronavirus disinfectant. #DronesAgainstCovid”

The current condition in Karnataka is not good too. The urban district of Bangalore alone on Thursday witnessed 19,637 new cases and 143 deaths due to Covid, taking the total number of affected people in the state to 7,29,984 and fatalities to 6,282 since the outbreak of the pandemic.