Due to the uncanny events of stalking, De Kwon’s family demands police protection

De Kwon is been supposedly being tracked.

Terra’s two crypto currencies, UST and Luna dropped to its lowest value in the crypto market crash. After both the crypto currencies dropped to their lowest peg value, the investors in terra got agitated. They were furious on the market’s run and did not like the outcome of it. According to De Kwon’s spouse, De Kwon’s house was visited by an unidentified person. The unidentified person asked De Kwon’s spouse about his whereabouts and enquired about him. Following this incident, De Kwon’s family moved to police station and informed about the incident to the officials.

The Loss for investors. 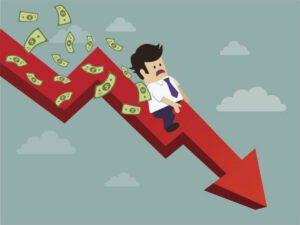 As soon as the market crashed, every investor around the world faced the backlash of it to some extent. So, UST’s and Luna’s investors were no different. Few of them lost all their life saving, some lost their children’s college fund and others managed to escape with a haircut in terms of losses. Since the crash, the social media platforms have been bombarded with stories of investors who were severly depressed over the crypto market crash, the Terra situation and loss of their funds.

The loss of value of UST and Luna.

On May 1, 2022, the Terra blockchain was among the largest market cap among the 13,000 crypto currencies in the world. The market cap of Luna was around $28.5 Billion and UST was two spots below Luna at $18.5 Billion market valuation. But as soon as the market crashed, almost 91% of the value was lost in the thin air and disappeared. The loss in value erupted the volcano of distress among the investors and De Kwon and Terra landed in a soup.

The recovery for Terra is long way ahead.

Since both the crypto currencies of Terra have lost most of its value and have been DE pegged, and since the crypto assets are still reeling from the destabilization, it seems as if the highs of 2021, for UST and Luna is just a dream as on date. Luna at one time was the most successful DeFI token with a value at around $120. Presently the situation is so worse that Luna is trading at cents versus USD.

In the scenario of market crash, it was bound that Terra’s crypto currencies would lose their value. But, no one predicted that the loss in value would so much that it would wipe out 91% in thin air. While many investors are agitated at the current situation and demand an answer from De kwon, some have even gone down to the extent of stalking and spying him at his private place. Though the actions of the spy shouldn’t be justified under any said circumstance, it is crucial to understand that, the investors have lost their life savings in the market and have no other source of income to support their lifestyle.