Dukaan has been facing a tough situation due to its legal battle with Khatabook. The case in on the plagiarism charges that the former has filed on Khatabook. Retaliating back to Dukaan’s charges it filed back a writ petition in the Karnataka High court. The court has restrained Dukaan from using Khatabooks’s source code.

To come to its rescue Lightspeed and Matrix have invested $6 Mn in the startup to help in the legal battle against Khatabook. Even if the app wins the case and comes back on the playstore, there is already a lot of competition out there. 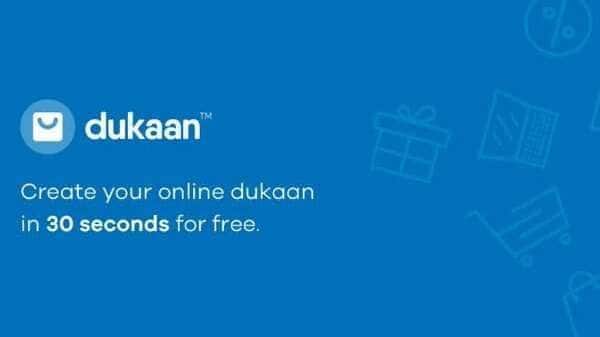 Dukaan was founded by Suumit Shah, Subhash Choudhary, Kaustub Pandey and Anuraag Meena. The startup aims to bring small business online, which will help them survive the pandemic. The startup was found amidst the pandemic and wanted to solve a small problem that is closing of stores.

It wanted to allow small businesses to sell online without having to do much. At present, there are over 1,50,000 stores on the platform spread over 400 cities. The idea of the app was to keep it simple and to let anyone make an online store within 30 seconds. What I liked the most about the app that it was created during the pandemic as a solution for businesses at that point.

Dukaan is a Bengaluru based startup that helps small businesses to come online. The startup raised $6 million in the second financing round. According to the regulatory filings, the company has allotted 5,327 Seed 2 CCPS for the invested amount. Both Lightspeed and Matrix invested Rs 18.6 crores each.

Other investors that took part in the fresh round were Sprout Investments with Rs 2.05 crores, Weekend Fund with Rs 1.1 crores, Appyhigh and Venture Catalyst with Rs 33 lakhs and Rs 37 lakhs respectively. Some angel investors also took part in the round including Haresh Chawla, Kunal Shah and Atul Jain.

What are your thoughts about the app Dukaan that allows businesses to go online? Do let us know in the comments below. Also, if you found our content informative, do like and share it with your friends.