DUNZO EXPECTED TO GET A RAISE OF $ 150 MILLION FROM GOOGLE, LIGHTBOX & ALTERIA CAPITAL

This year has been raining funds for a lot of start-ups and it is mainly because of the reason that the growth trajectory is now hitting a new high. The markets & its segments are exploding to offer new range of diversified products to its customers.

The e-commerce and its delivery companies have seen a huge spike in their transactions due to the increase in the transactions across the customer domain. The prominent companies are either looking for a raise or are striking the market with a new offering. The recent buzz is about the same segment where a major delivery service company Dunzo is looking to raise an amount of $ 150 million in this year.

Let’s get inside to know more details

It is a prominent Indian company that is engaged in providing delivery services in major cities of the nation like Bengaluru, Delhi, Gurugram, Pune, Chennai, Jaipur, Mumbai & Hyderabad. It was founded in the year 2014 by Kabeer Biswas, Ankur Agarwal, Dalvir Suri and Mukund Jha.

Initially the company was in the market as a small WhatsApp group and then it got transformed into an app based service. It is basically engaged in offering the services like:

The history regarding its funding is also quite interesting stating that the funds have been acquired from different sources mentioned below:

The company is in partnerships with major brands like Pepsico to cater to delivery of products like Lays & Kurkure properly at the doorsteps in Bengaluru. The major partnership is with the digital payments platform like Google pay. The major competition it has is with food delivery services like Swiggy. The sales have doubled in the year 2020.

The company has raised $ 140 million up till now.

But the company is now looking to raise $ 150 million.

The founder said with respect to this as “The expansion only really starts next year at full pace, so we’ll raise the capital this year, but it gets deployed only next year,”

The amount of capital is to be doubled and the business is expecting to touch $ 1 billion in the coming few years. The company has raised $ 40 million from companies like Google, Alteria Capital and others. 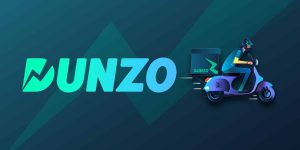 Delivery services are a prominent segment that cater to customers across every domain. Initially they were not necessary as people tried to resort to more offline purchase during the normal times. But now the scenario is quite different; deliveries are getting higher and the companies have a high stake in order to gran their customer at the right price.

Expansion is and should be definitely on the cards as it is the only way to get disciplined in the business.