Popular language-learning platform Duolingo has been removed from some Chinese app stores, amid the country’s crackdown on for-profit education services and businesses. One thing that may be noted that even though the newly launched legislation, which came out just last month, had so far been of major consequence only to the edtech industry in China itself, some believe that now, its reach has extended beyond the nation’s borders.

Not A Problem For Current Users

Duolingo has said that it is currently working on the issue, and remain hopeful for the app’s return to stores in China in the near future. It has added that while the app is no longer available for fresh downloads, existing users can continue using the platform without any hassle. News of the removal emerged on Thursday, leading to a brief dip in the company’s shares. Stocks rose afterwards, however, gaining about 3 percent.

Linked With The Recent Edtech Crackdown?

It is not clear as yet if the removal is actually linked to the recent crackdown at the hands of the Chinese government. Late last month, the authorities in Beijing had come up with a new legislation directed towards private education firms, especially those employed in after-school tutoring. These reforms have been directed towards lightening the burden that school-goers have to deal with, while also preventing big tech firms, including the likes of TikTok-parent ByteDance, from using the education sector to raise profits.

As per the new guidelines, all edtech firms are being forced to turn into not-for-profits, and teaching of foreign curriculums, or hiring foreigners as teachers, is being banned. The scrutiny over foreign textbooks is also being tightened. This new move has, this far, been limited to homegrown tech giants, like ByteDance, Tencent Holdings Ltd., and Alibaba Group Holdings Ltd. But that doesn’t mean that there haven’t been ripples in other parts of the world. For starters, the flow of IPOs of these Chinese companies in the US has already been restricted, and one can only wait to know what will happen next.

After education, is it feared that the gaming sector may become the next target on Beijing’s radar, and gaming giants like Nexon Co. and Nintendo Co. (and even Tencent which has significant shares in the industry. 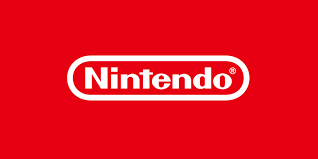 Previously, China had also limited Apple Inc.’s reach, mandating that cloud services be provided only through a Chinese partner with locally-situated databases.