Gaming giant Electronic Arts, an industry leader and the name behind super hit games like FIFA, Battlefield, and The Sims, became the victim of a massive data breach on Thursday, as hackers broke into its systems and stole a series of imports important game source codes, along with related internal tools. 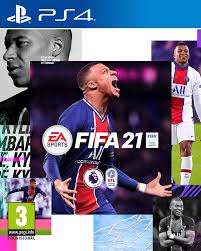 Exploit on All EA Services

There’s first came to light when a report was released by Motherboard, and claims that the hackers made multiple posts on several underground hacker’s forums, saying that fellow hackers now had the liberty of “exploiting on all EA services”.

The stolen data amounts to a size as big as 780 gigabytes (GB), and is up for sale on the forums. The hackers allegedly claim that they have stolen source codes for FIFA 21, the massively popular soccer-based game by EA, along with the code for its online server involved in matchmaking. They have also gained access to the tools and source code for Frostbite, the privately-owned firm’s proprietary engine, which backs Battlefield, along with a host of other games by EA.

That’s not all. Proprietary frameworks and software development kits (SDKs, bundled codes for easy game development) have also been compromised.

The hackers have released a series of screenshots as “proof” of the hack, but have refrained from releasing the data in the public domain. Instead, they are seemingly trying to earn money off the information by selling it. In fact, their post clearly mentions that they will be entertaining “only serious and rep members all other would be ignored.”

Not a Ransomware Attack

Motherboard, on further investigation, found that Electronic Arts had indeed suffered a data breach. Also, the hackers had not been boasting when they talked about the data that had been stolen, since EA confirmed that it was the same data that had been compromised.

However, players are apparently not at risk, as the company holds that none of the data pertaining to the privacy of players was accessed. EA is currently investigating the issue, but at the same time, has already set up security improvements to protect its thriving business. A criminal investigation has also been launched, says the firm.

Moreover, a ransomware attack have been ruled out, as the hackers have, so far, not demanded any ransom from EA. Nevertheless is is the third high-profile hack to have emerged in recent days, following two ransomware hacks on Colonial Pipeline and JBS. Additionally, recently, RockYou2021, the largest ever data leak, was in the news.