Edwin Hubble – The name who gave us TELESCOPE

Nobody thought of observing the remote objects in the universe simply by collecting electromagnetic waves. Until the day, this man was born. A man whose vision was beyond the universe. A man who knew there were things in the universe, we are not aware of. Only the stars & the moon could not make up things. There has to be more. There have to be discoveries of the unknown and knowledge about the known. Being aware of what’s there, is like a road half known. Edwin Hubble taught to look afar where the road ends. It was Edwin Hubble who looked beyond the boundaries of Milky Way. His never-ending motivation to look beyond what’s visible gave us the fact that the Universe is always expanding. There are a thousand galaxies which we’re not aware of. How can we forget the birthday of this great astronomer?

There came a thousand astronomers & a thousand went. But Edwin Hubble was not the usual. His style of looking at things, his style of working and the passion which drove him was phenomenal.

20th November’1889 marks the birth of this remarkable astronomer. And even today after 128 years remembering Hubble is not less than a surprise. 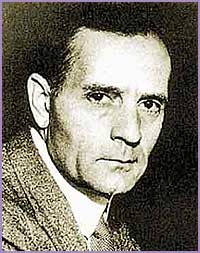 Back in the end of 18th Century, was born this great astronomer to whom the world bows. A reader by birth, Edwin completed novels by great writers like Jules Verne and H. Rider Haggard. Edwin used to earn some money, like many other youngsters by delivering newspapers in Wheaton. In the high school, he used to actively take part in activities and football was his favorite.

He, later on, continued to actively participate in the ongoing activities at the University of Chicago. He got his B.S. Degree in 1910. He was also rewarded with Rhodes Scholarship and later on he was made an Honorary Fellow of Queen’s College, Oxford.

Edwin returned to the USA in 1913 and passed the bar examination. He continued to work as a lawyer for the next one year halfheartedly. The passion for astronomy never left Edwin’s mind and thus in 1914, he returned to the University of Chicago for pursuing a doctoral degree in astronomy. This marked his journey onto the path of looking things beyond the vision.

While the end of his doctoral degree was near, he was invited by Hale to join the staff of the Mount Wilson Observatory, Pasadena, California. Although this was one of the greatest of astronomical opportunities, it came in April of that fateful year(World War I). After sitting up all night to finish his Ph.D. thesis, and taking the oral examination the next morning, Hubble enlisted in the infantry and telegraphed Hale, “Regret cannot accept your invitation. Am off to the war.”

How he made it to the Mount Wilson Observatory?

Hubble joined the army and was commissioned a captain in 343d infantry. He was sent to France to serve as a line officer too. He returned to the USA in 1919 and went straight to the MW Observatory. His return coincided with the completion of 100-inch hooker telescope, the then world’s largest. At that time, almost 100 years ago, most of the astronomers thought that there was nothing but stars except one galaxy: Milky Way. Using the Hooker Telescope at Mt. Wilson, Hubble identified Cepheid variables (a kind of star that is used as a means to determine the distance from the galaxy in several spiral nebulae, including the Andromeda Nebula and Triangulum. 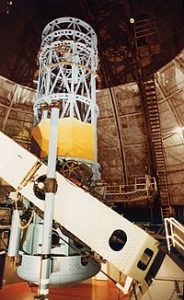 The 100-inch Hooker telescope at Mount Wilson Observatory that Hubble used to measure galaxy distances and a value for the rate of expansion of the universe.           Credits: Wikipedia

At the time, many astronomers believed that the Andromeda nebula was a forming solar system, located within the Milky Way’s boundaries. His observations, made in 1922–1923, proved conclusively that these nebulae were much too distant to be part of the Milky Way and were, in fact, entire galaxies outside our own. Hubble showed that this patch of light was really a separate galaxy – what we know today as the Andromeda Galaxy – the nearest large spiral galaxy beyond our Milky Way. 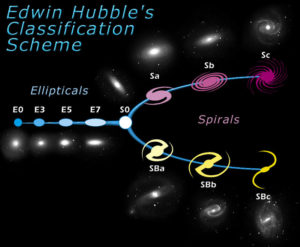 Hubble’s findings fundamentally changed the scientific view of the universe. Hubble’s discovery of nebulae outside of our galaxy helped pave the way for future astronomers.

In 1929, Hubble started to examine the distance & redshift of galaxies. With his immense dedication, he was able to find a roughly linear relationship between the distances of the galaxies & their redshift. This, later on, was termed as the Hubble’s law. In the 1930s, Hubble was involved in determining the distribution of galaxies and spatial curvature. The data he collected, seemed to indicate that the universe was flat and homogeneous, but there was a deviation from flatness at large redshifts

Earlier in 1917, Einstein proposed a statement, That the Universe shall either be contracting or expanding. Einstein, unable to explain what his statement said, introduced a cosmological constant for the equations to avoid further problems. When Einstein learned of Hubble’s redshifts, he immediately realized that the expansion predicted by General Relativity must be real, and in later life, he said that changing his equations was “the biggest blunder of his life.”

Hubble also discovered the asteroid 1373 Cincinnati on August 30, 1935. He wrote The Observational Approach to Cosmology and The Realm of the Nebulae approximately during this time.

At the time Hubble was working, Nobel Prize in Physics did not recognize work in Astronomy. And hence the very famous Hubble could not make it to Nobel Prize. Hubble dedicated this entire life towards the work of Astronomy and gave this world observations like never before. He made sincere efforts to get his work and the work of many astronomers recognized by the Nobel Prize Committee for their valuable contributions to astrophysics. This campaign was unsuccessful in Hubble’s lifetime, but shortly after his death, the Nobel Prize Committee decided that astronomical work would be eligible for the physics prize.

Hubble was not only an astronomer but was a sensational astronomer. Because of his dedication & motivation, today we have a hundred reasons to throw light upon.