EIP-1559 trends on Twitter as it emerges with a game-changing formula for Ethereum.

Twitter is celebrating yet another trending topic that has created a tremor among crypto enthusiasts. A major change has struck Ethereum as the “London” hard fork was finally activated adding to the enthusiasm of the users. It is assumed that it will be a groundbreaking change for Ethereum with a spectrum of benefits. One of the major changes that everyone is looking forward to is the stabilization of the fees, thereby easing out the unpredictability that is a major disadvantage and quite vexing. Another notable change will be the probable predicament that miners might face and the eventuality of mining becoming obsolete. 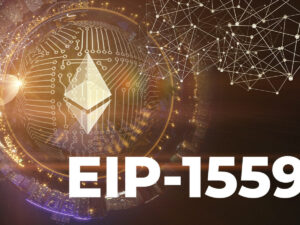 Although Ethereum is the second biggest cryptocurrency, it is not without certain flaws and drawbacks. A major flaw being the lack of predictability when it comes to fees. In a domain that is as volatile as crypto, an additional lack of predictability is a double-burden and quite risky. Even the most ardent supporters of Ethereum are often put off by this particular drawback. This is where London hard fork comes in with a groundbreaking change. Or so the experts say. It included a total of five EIP’s or Ethereum Improvement Proposals. These EIP’s adds effective changes to the code. Although all five are equally intriguing, people are more excited about EIP-1559, the Twitter star of the day.

Prior to the upgrade, users usually found themselves on shaky grounds with the bidding process. It was a random attempt with chance whenever they proposed a number for the transaction fee to ensure that they were included in the block. Nobody likes playing in the dark. This is where EIP-1559 comes in with the notion of giving rise to an ecosystem with minimal gas fees. By creating a base fee, fifteen fifty-nine prevents the situation where the users are forced to pay copious amounts to ensure a place in the block. Although the plan is not completely foolproof, the good parts cannot be denied.

Huge thanks to everyone involved for their hard work!

EIP-1559 is officially live on Ethereum.

Congrats on this seriously.

I did mention that there was infectious enthusiasm around.

Once EIP-1559 goes live, you'll be able to watch ETH being burned at any of these websites 🔥

~$1 million worth of ETH has already been burned.

That’s an apt way of visualizing it.

I decided to take a little drive through #Ethereum after #EIP1559 pic.twitter.com/iTTTWAskxX