The crypto domain is going through a rather uncertain phase as the weekend marked a sharp plunge in the prices of Bitcoin and various other cryptocurrencies. The price of Bitcoin fell by a sharp 20 percent and the graph hasn’t been looking favorable ever since. The uncertainty surrounding crypto has heightened with the crash in prices and investors are caught in a dilemma as to what to do. The widespread paranoia concerning the new covid variant isn’t helping things either. And add to it the widespread inflation which has been weakening financial markets in general. And in the midst of all this, the world’s biggest cryptocurrency takes a deep dive. The overall picture doesn’t really look good. 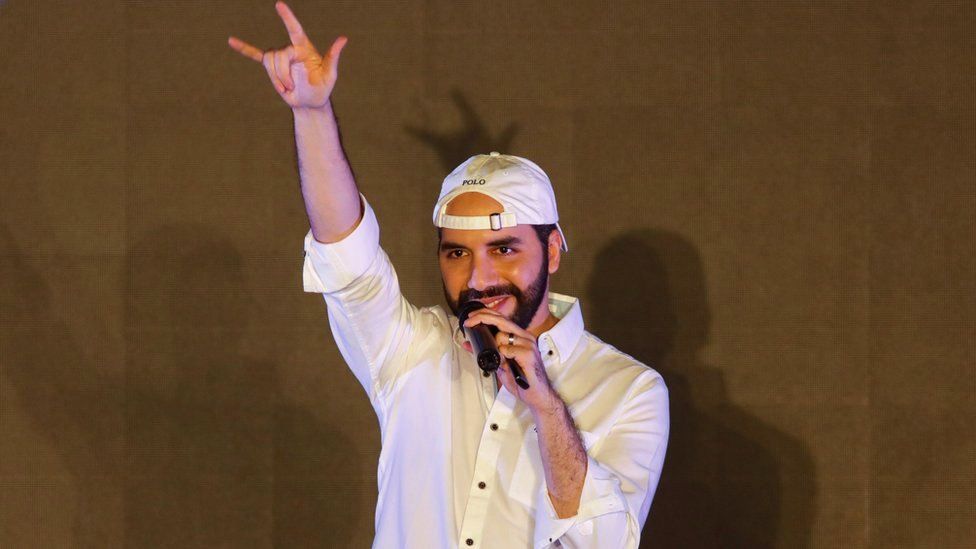 It is an age-old saying that “every cloud has a silver lining.” And it seems like El Salvador is hell-bent on finding the bright silver lining every time the crypto market crashes. Because Nayib Bukule just announced via his Twitter account that the country bought a total of 150 bitcoins, leveraging the dip. This is not the first time El Salvador is jumping into the market head-first after a crash in prices to buy the dip. Well, it takes some nerve to find a speck of light in the darkness, philosophically speaking. And the laughing emoji at the end of Nayib Bukule’s tweet is quite incongruous with the crying emoji majority of Twitter users are wearing at this moment.

As we know, El Salvador made headlines after it adopted Bitcoin as its national currency. That feat in itself implies that the country is daring enough to take chances and place bets when it comes to Bitcoin. And from the looks of it, it seems like they are going all out with the resolve. Let us take a look at Nayib Bukule’s tweet that caused quite a stir on Twitter.

Missed the f***ing bottom by 7 minutes 😂

And it seems like he is not planning to stop. Well, talk about getting high from a fall.

You must buy 50 more coins to match.

“Couple million dollars more.” That sounds simple enough. Either he has a really good sense of humor or he is actually serious. And it looks like we have a competition going on.

The Twitter town didn’t seem to be quite impressed with Bukele’s feat as a few of them questioned him about wasting the taxpayer money on dips. Cannot deny that it is some food for thought. For now, let us flip through these reactions and responses to get a better picture.

There's a lot more dips coming. How much taxpayer money do you intend to waste?

Does this mean I’m shorting El Salvador now too

I know individuals that buy more coins than you do. Stop bragging about it like you are changing the finance system somehow.

What is the difference between El Salvador and Tether?

Tether has the ability to create money out of thin air to buy #Bitcoin, El Salvador does not.

if you keep doing this, your country's wealth will be wiped out.