According to a government consultant, El Salvador will exclude foreign investors from paying taxes on gains from bitcoin speculation once the country adopts bitcoin as legal cash. “There will be no tax on bitcoin assets or a lot of money. This is obviously done to encourage foreign investment,” Nayib Bukele’s legal adviser, Javier Argueta, told AFP.

The government of El Salvador became the first to recognize bitcoin as legal tender on par with the dollar, which has dominated the country’s economy for the past two decades. Javier Argueta, the president’s legal adviser, admitted there will be no tax on bitcoin profits. “Obviously, the goal is to stimulate foreign investment,” he said. 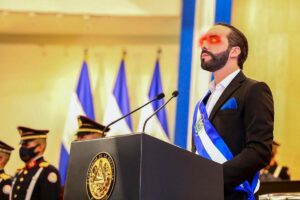 President Nayib Bukele believes bitcoin has the potential to solve one of El Salvador’s most perplexing economic problems: citizens sending money home from abroad account for up to a fifth of the country’s GDP, yet they face high transaction fees, and 70% of the population lacks a bank account. Without the use of banks, Bitcoin provides for quick and low-cost cross-border payments.

Every Salvadoran has been given $30 in bitcoin (the country’s second legal currency is the US dollar), which they can use to shop or pay their taxes. Companies are required by law to accept it, but they can promptly convert all bitcoin to dollars once they receive it. A Panamanian legislator has suggested legislation that will see Panama follow in the footsteps of El Salvador.

“Neither the gain in capital nor the income will be taxed.” El Salvador has established bitcoin legal tender alongside the dollar, the country’s official currency for the past two decades. Experts and officials have highlighted concerns about the cryptocurrency’s infamous volatility, its potential impact on price inflation in a country with significant poverty and unemployment, and the lack of user security.

There are also concerns about its potential for unlawful usage, particularly in the laundering of funds from criminal operations such as drug trafficking and terrorism financing. According to Argueta, the cyber “wallet” that allows Salvadorans to buy and spend bitcoin from home and abroad incorporates “necessary measures” to assure traceability.

“We are implementing a series of international organizations’ anti-money laundering guidelines,” the adviser continued. In order to reduce the impact of excessive currency fluctuation, he stated bitcoin transactions would be temporarily blocked if their value fell. The government claims that the trial will provide Salvadorans with access to banking services for the first time and that it will save millions of dollars in commissions on remittances sent home from abroad, primarily the United States.

If you find this article then do share it with your friends and family!