El Salvador is the first country to accept Bitcoin as legal money. Despite local opposition, the government believes cryptocurrencies would be beneficial to the economy and society. On September 6, Monday, El Salvador’s president, Nayib Bukele, announced that his government had purchased 200 Bitcoins (BTC) ahead of a new law that will make the cryptocurrency legal tender on September 7, 2021. Nayib Bukele announced this great news on Twitter.

“As the deadline approaches, our brokers will be buying a lot more,” Bukele added, referring to the Sept. 7 deadline for fully implementing the new BTC regulations. El Salvador’s Congress approved a new $150 million Bitcoin fund last week, and the purchase of  200 bitcoins is a part of it. In the run-up to the new law’s implementation, the fund will be utilized to enable conversions from Bitcoin to US dollars. The BTC buy was worth a little over $10.36 million at current pricing. 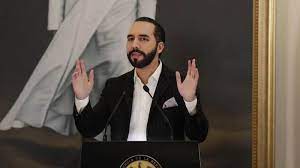 El Salvador becomes the first country in the world to recognize Bitcoin as legal cash in June of this year. Although the Bitcoin community applauded the decision, critics from the World Bank and the International Monetary Fund warned that the new policy isn’t sound. Internal resistance has recently seen hundreds of people protesting against the new Bitcoin Law around the country.

According to a Reuters report, at least 67.9% of 1,281 persons reject or strongly disagree with the usage of Bitcoin as legal cash, according to a poll conducted by the local university Central American University. Only over 32% of survey respondents stated they agreed with the choice to some extent. The study, which was conducted in August, revealed that nine out of ten people did not have a thorough grasp of Bitcoin and that eight out of ten had little to no confidence in its use.

Meanwhile, Bank of America has listed at least four advantages to El Salvador accepting Bitcoin. According to research published in July, BTC adoption could speed up remittances, facilitate financial digitization, and provide greater consumer choice, as well as make the country more appealing to international investors.

The new Bitcoin Law allows Salvadorans to store the digital currency as part of a long-term investment strategy or withdraw it in cash from any of the country’s 200 ATMs. The country is also constructing infrastructure to accommodate Chivo, a government-issued Bitcoin wallet. The Chivo wallet will have its ATM, allowing citizens to withdraw cash without paying commissions 24 hours a day.

If You find this article Informative then do share it with your friends and family!