El Salvador to put Western Union out of business with mainstream adoption of Bitcoin MoneyGram and Western Union are expected to lose up to $1 billion in income, according to Mario Gomes Lozada, a former Merrill Lynch, and Credit Suisse banker.

The adoption of Bitcoin as a national currency in El Salvador poses a challenge to Western Union and MoneyGram. Every year, about 1.75 million Salvadorans get remittance payments. The government of El Salvador has launched “Chivo,” a virtual wallet that allows for cross-border transfers. Money transfer companies such as Western Union and MoneyGram are expected to lose $400 million in remittance commissions as a result of El Salvador’s bitcoin adoption, according to President Nayib Bukele. 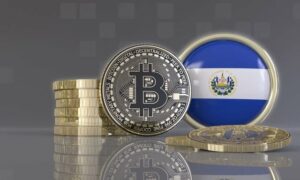 “Chivo” is expected to boost the prosperity of the Salvadoran people

Salvadorans will receive about $6 billion in remittances from friends and family in 2020. Nearly 70% of El Salvador’s citizens receive cross-border payments and pay payments giants up to $440 million in fees. 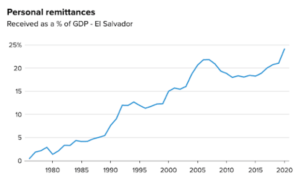 The possibility of lowering the cost of accepting cross-border payments and enhancing the overall wealth of the Salvadoran diaspora was one of the driving forces behind the introduction of Bitcoin as legal cash.

Bitwise’s Chief Investment Officer, Matt Hougan, spoke about the utility of BTC for remittances. He said- ‘’Remittances are one area where our legacy banking system’s status quo is appalling, with exorbitant fees levied on populations who can’t pay them’’.

The government has launched “Chivo,” a virtual wallet that allows for commission-free, borderless payments. Proponents believe that implementing Bitcoin in the country will be difficult; nonetheless, how Salvadorans deal with the problems of embracing new money remains to be seen.

Payment companies will have to decrease their commissions if they want to stay relevant and compete with “Chivo.” Despite some bugs and barriers, El Salvador’s virtual wallet is currently the most popular finance app on Google Play, as the public continues to embrace Bitcoin.

Experts warn Salvadorans against adopting the new virtual wallet, claiming that it is virtually as centralized like a bank and that the government can freeze it at any time. Bitcoin stands for decentralization, thus keeping it in a centralized wallet defeats the point.

Crypto traders and influencers are advising consumers to move their funds from “Chivo” as soon as they get it. This will most likely limit centralized control over users’ Bitcoin holdings.