According to reports, the new “The Elder Scrolls 2022” expansion pack is set in “Unseen World” and will include “An Untold Story”, and will be announced on January 27 at 12:00 PM PT/15:00 ET. This means that The Elder Scrolls Online 2022 expansion will take place in a country that we don’t know yet. There are new stories and cultures to be discovered, but they have not yet been recorded in the legend of the series. The movie trailer shows three ships, and many sources suspect that they represent the three factions of the game. This video seems to hint at the transition from the Elder Scrolls Demon Prince to a more realistic political conflict. Many fans are already conducting theoretical analysis on the background of the upcoming expansion island. 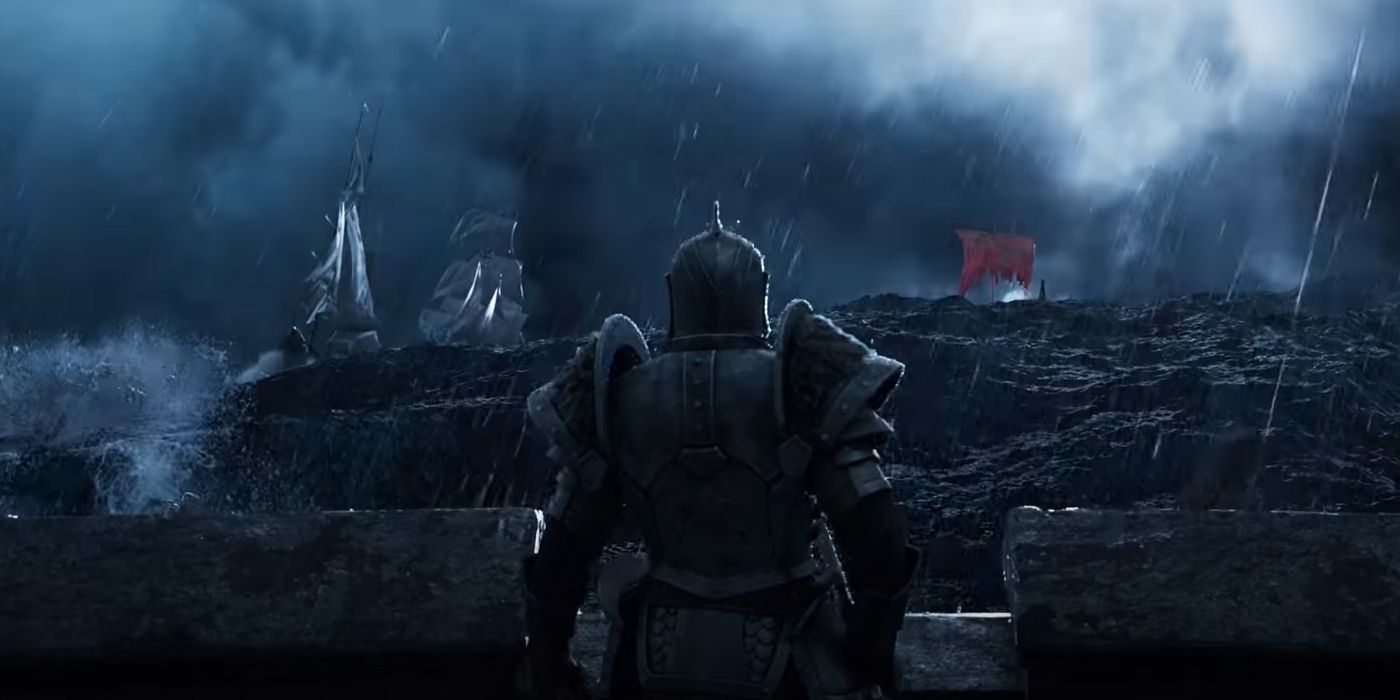 Every year, the developers of the popular MMORPG release a new legend, usually, after four quarters of DLC, the trailer provides possible hints of what we can expect this year. It looks like Bethesda has some big plans for The Elder Scrolls in 2022 as they are gearing up for a big event they claim that players will be taken into a “world never seen before.” There is a lot to check out and there isn’t any info out yet but what we do know is that there will be new chapters, DLC, and big content drops coming into the year. Bethesda UK released the trailer on their Youtube and Twitter showing a glimpse of what is to come. All information will be published on Thursday, January 27th at 20:00 GMT when Bethesda shares all the details on Twitch.

Launched in November 2021, The Elder Scrolls Online Deadlands expansion completed last year’s Gates of Oblivion storyline. Last year, Elder Scrolls Online released a one-year Gates of Oblivion storyline that included more new dungeons, DLC, the introduction of a new companion system, and the Blackwood expansion. Along with the Dark Brotherhood, the expansion of the Thieves Guild, they introduced a new class (Sentinel), 4v4v4 battlefields, and a new test (Halls of Manufacturing). In the last two chapters, Blackwood and Greymoor, players have returned to the popular regions of previous games, Cyrodiil and Sirim, respectively.

This new trailer has been uploaded to YouTube, and it is mentioned that the expansion pack marks the beginning of the game’s “New Year Story” in 2022. The trailer itself is just a snippet, but it contains some great tips. what happened. There is nothing special about the trailer itself, even if it is very different from previous years. Their content plan will temporarily revisit the storyline of the Doomsday Invasion to tell the traditional Elder Scrolls story about political conspiracy and factional conflict, focusing on a playable ESo a race that has not yet been deeply immersed in culture and history.

Potema stopped in the harbor and watched Pyandonea’s boat arrive. Against the background of gray, crashing waves, where he had seen so many ships made in Tamriel, it did not look exotic at all. Therefore, some people believe that the new content will take place on the Breton-controlled islands near Hammerfall or the coast of Summerset. The user also claimed that the content of the add-on will take place in High Rock.

While the individual games of The Elder Scrolls are limited to one region, Bethesda Software has greatly expanded the MMO by adding a wide variety of DLCs that explore lands including Morrowind, Elsweyr, and Blackwood. Each zone is approx 3 square kilometers in size, while Cyrodiil is 27 square kilometers and currently there are over 20 zones, which means that the online gaming world is significantly larger than in the previous three parts of the franchise.

Also, thanks to the One Tamriel update, players can explore every part of the game with no level limit, which means you can tackle each DLC immediately after purchasing it, rather than sticking to a specific order. Introduced level scaling so that the entire game world has linear difficulty for all players, just like other games in The Elder Scrolls series. Expansions for the game will be released on a quarterly basis, which means that the game will receive 4 expansions per year.