Elizabeth Holmes found guilty on 4 counts of fraud, and conspiracy

The Elizabeth Holmes case which had shaken the business world with its rather dramatic story with events that belong more in a movie than real life has finally touched a climax point as Elizabeth Holmes is finally found guilty of fraud and conspiracy. The verdict came forth on Monday and Holmes was found guilty on four counts of fraud and conspiracy. Duping her investors into believing that she had cracked the code to a revolutionary technology that could detect any complex disease with a few drops of blood is what she was found guilty of. The verdict came after seven long days of discussion and deliberations. 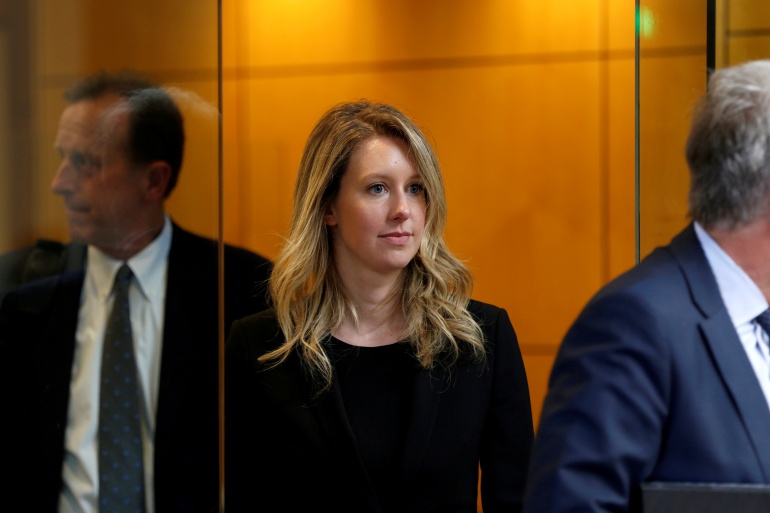 The story of Elizabeth Holmes is rather dramatic. In the beginning, it is the perfect story of a woman rising to glory with her own talent and potential only to have the mask fall off revealing a rather dark face. The same world which applauded Holmes for her monumental achievement in such a short span turned against her after the truth was exposed. And now following a series of trials, the verdict has come and it seems like her arguments did not save her. The 37-year old who is now charged for fraud and conspiracy faces up to 20 years in prison. However legal experts are of the opinion that she is not likely to receive the maximum sentence. Holmes’ trial extended for a long three-month period consisting of a chain of witnesses including Holmes herself.

Although the jury deadlocked on three remaining charges, the verdict still means that the picture looks rather dim for Holmes who will have to serve at least a few years in prison. This is what David Ring, a lawyer closely associated with the case had to say about the verdict,

“a mixed bag for the prosection, but it’s a loss for Elizabeth Holmes because she is going away to prison at least for a few years.”

The Federal prosecution painted Holmes as someone obsessed with fame and fortune. However, Holmes begged to differ as she depicted herself as a visionary who succeeded in a society that is largely male-dominated and who fell prey to the emotional and sexual abuse of her former lover and business partner, Sunny Balwani. However, her arguments missed the mark and now she has reaped the results of her mistakes or pitfalls. Holmes’ case also throws light on the danger of the overwhelming optimism and the implications of the unwritten Silicon Valley rule of “Fake it till you make it.”