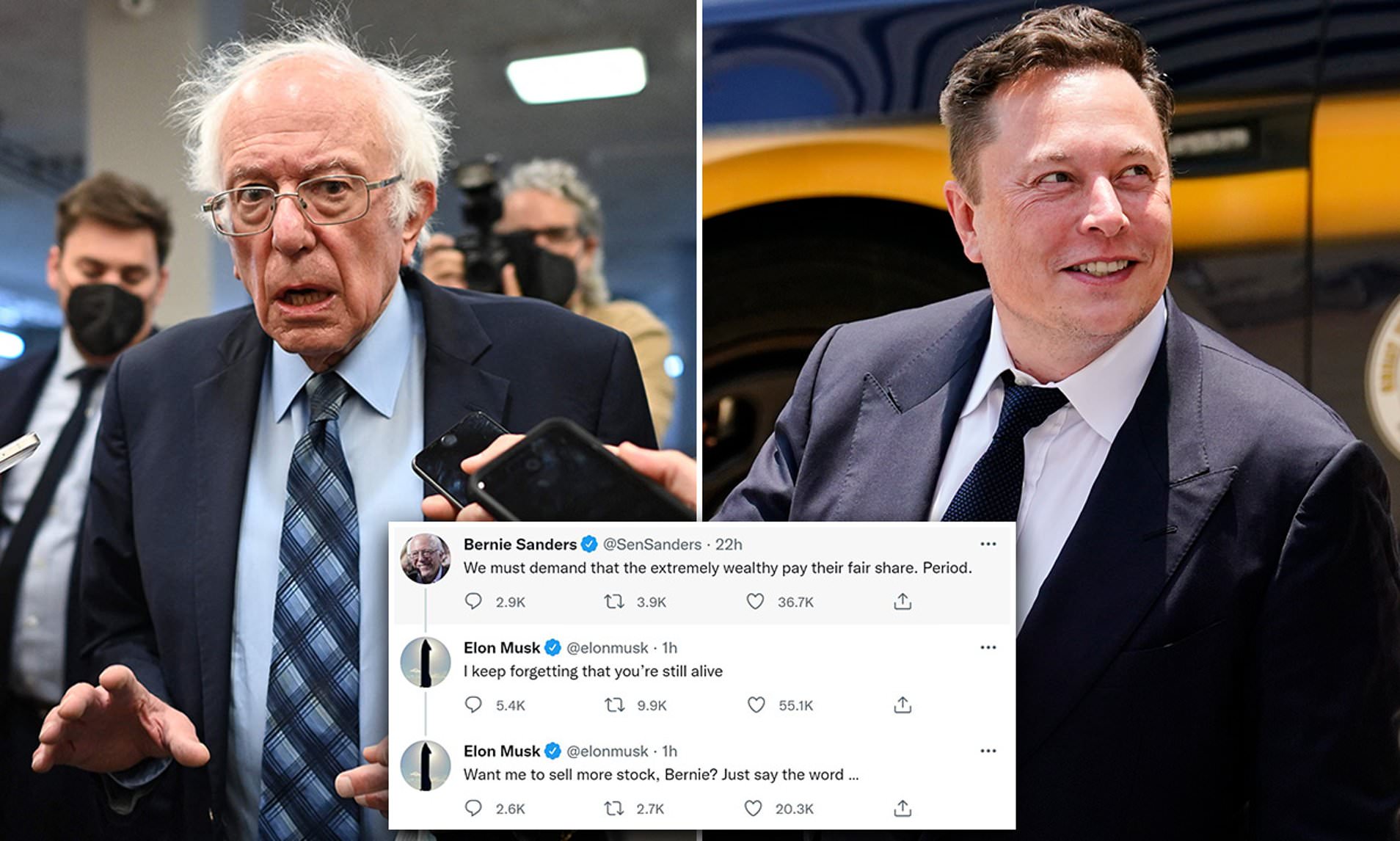 Elon Musk, founder of Tesla, SpaceX and a few other companies is also the richest person on the planet at the moment, above Amazon founder Jeff Bezos. The billionaire’s current net worth is somewhere around USD 285 billion, according to Bloomberg Billionaire Index. This man has recently sold over 10 percent of his valuable Tesla stock worth millions, only to pay his due taxes, and Senator Bernie Sanders still keeps pissing him off.

In a Twitter feud on Sunday, Senator Bernie Sanders tweeted, “We must demand that the extremely wealthy pay their fair share. Period.” To which Musk attacked him back with a direct sarcastic comment, “I keep forgetting that you’re still alive”, followed by another tweet, “Want me to sell more stock, Bernie? Just say the word…”

We must demand that the extremely wealthy pay their fair share. Period.

As you can tell with the tone of these comments, this is not the first time that these distinguished gentlemen are conversing on the social media platform. Senator Bernie Sanders had previously proposed a ‘Billionaire’s Tax”, something that the extremely wealthy must pay to the government every year. Elon Musk ripped off the democratic proposal, right off the table. The proposal indicated that the tax on billionaire’s profits would be used as a way to fund the political party’s reconciliation package, as mentioned in a report by The Hill.

However, CNBC clearly reports that the tax billing was not established to an exercise of stock options and Musk only kept stocks with himself, making it much easier for him to battle out this proposal on his own.

As you must be aware, last week Musk was on a selling spree where he offloaded over 10 percent of his Tesla stock, only in order to pay his taxes in time. According to the financial disclosure documents, Musk’s sales were made public after a few days of him asking his 60 million followers for a vote on whether he should sell some of his Tesla stock or retain it. The result was obviously ‘Sell’ and Musk obediently abided by his promises.

Bernie Sanders, on the other hand, is just being a giant pain in the bum for Elon Musk and considering his reputation within the party, Musk has a better chance at taking him down or at least calming him.

“I keep forgetting that you’re still alive”, it is quite funny actually if you read it twice or thrice.

On Twitter, Musk’s followers are going wild ‘meme-ing’ Sanders but there are also people that agree with Bernie Sanders on his concerns over billionaire’s having so much wealth.

@elonmusk is paying -MORE- than his "fair share", Period. He is selling stock, and not trying "get out of paying taxes", or even trying to pay LESS. It is a true "lead by example". You need to be applauding his efforts, not virtue signaling the opposite.

There are some billionaires that create more productivity in society than governments.

There are some governments that create more productivity in society than billionaires.

Define "contribution" and demand more from anyone/governments who are not contributing.