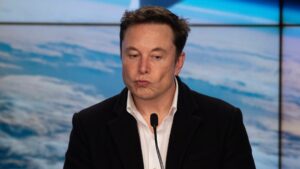 Tesla Inc. CEO, Elon Musk has expressed competition concerns over Nvidia’s potential takeover of Arm from SoftBank, according to reports from the Telegraph. . Thus, Musk becomes third in line to oppose the much-scrutinized deal. Earlier Amazon and Samsung had also expressed similar concerns and opposition against the acquisition. This means that echoes of opposition ever since the announcement of the deal have increased threefold. It will be quite interesting to see if Nvidia eventually emerges victorious after passing all the hurdles. And must say, they are rather big hurdles and would need some effort.

Catch-up: Elon Musk has joined a chorus of tech industry opposition to the $40bn takeover of British chip designer Arm by US rival Nvidia.@matthfield and @jamestitcomb report https://t.co/uWnkkMsaX9 pic.twitter.com/NS0TBymoIi

What is the deal with this “Deal”?

Ever since Nvidia made its announcement in September to acquire the British chip designer Arm, it has been caught in a rather hazy maze of opposition, scrutiny, and moreover, security concerns. A deal worth $40 billion which should have passed through without making much noise has now raised heads and is facing opposition from all directions. It even brought upon an in-depth investigation and probe by the EU and UK, which is still going on, and the reports of which might surface in the upcoming weeks. These reports would eventually tell whether the rather large iceberg all set to destroy the merger will be melted soon or if the merger will sink to the bottom. As the quote goes, “Well begun is half done.” Here the case is different as the beginning was on rather shaky grounds.

Nvidia is a quite popular name as it is one of the U.S tech giants focused on the manufacture of graphics and processing units. The acquisition would mean a major advantage for the U.S against China in the trade wars. Despite this, the deal invited scrutiny from South Korea and Taiwan in addition to the EU and other competition “watchdogs” probing into the deal. The major reason behind the surging scrutiny and the opposition that rises like mushrooms during monsoon is the aftermath of the rivals’ post-acquisition in addition to the concerns over jurisdiction of strategic sectors. However, Nvidia is determined to put up a fight and follow through with the acquisition process as it expresses confidence about gaining the EU anti-trust approval. They are also rather optimistic about closing the deal by the year 2022. And now as if to add fuel to the fire, even Musk has come forth with opposition against the deal stating competition concerns, adding further to the roadblock. Only time can tell, who emerges victorious and who will have the last laugh.